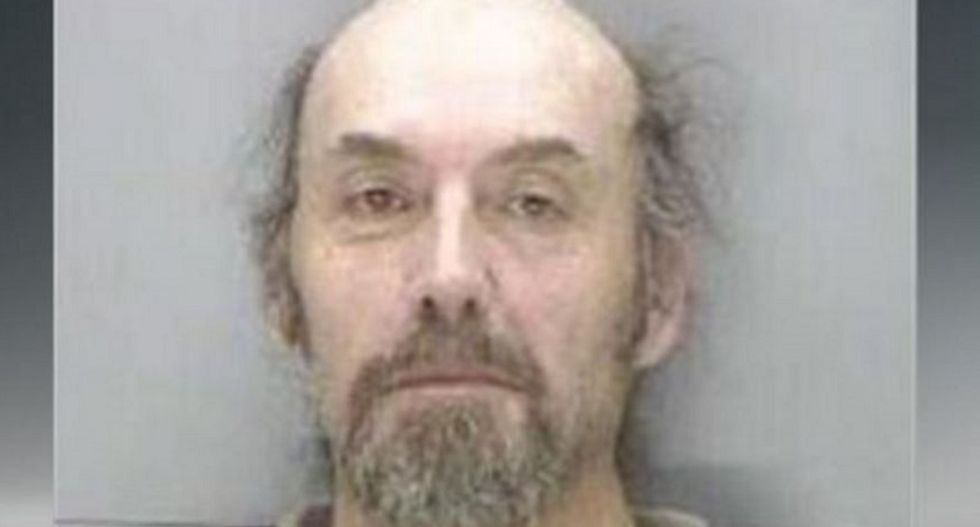 A South Carolina white supremacist was wounded and will face attempted murder charges after initiating a shoot-out with law enforcement officers over the weekend.

Roger Hale, 59, remains hospitalized after being shot by Richland County Sheriff's deputies, WLTX reports. His family told police he was a member of the Ku Klux Klan.

Police were called to a house by family members when Hale started acting erratic -- talking to himself and hitting his head on the wall. When they arrived, they found his daughter and grandchildren outside. Hale's mother was still inside the home. Police evacuated the homes surrounding Hale's house when they heard a gunshot inside the home.

Hale came outside after about 90 minutes, shined a laser at the deputies, then opened fire.

“It’s very dangerous out there and we have dangerous people who will not hesitate to try to take the life of a law enforcement officer and we saw that Saturday night. Roger Hale did not hesitate one minute, pointing that gun with that laser to try to kill those deputies,” Richland County Sheriff Leon Lott told WLTX. “Again we’re very fortunate that he missed, the deputies recall one bullet landing right in between the two deputies, before they returned fire so they were very lucky.”

Lott said he has asked the FBI to assist in the follow-up investigation.

“We called FBI in to assist us with that and kind of follow up on that and also assist us on bringing federal charges against him in reference to having firearms. It’s a federal violation that he can be charged with,” he told the station. “We just asked the FBI to come in and look at that for any type of connections that he may have with that, you know with the things that are going on in the world today, we just want to make sure we cover all our bases and that we don’t leave anything not investigated and not covered.”

Hale will face two counts of attempted murder, aggravated assault, receiving stolen goods and weapons violations, Lott told The State. He has a criminal record dating back to 1976. He was barred from owning a gun, and the one he used to shoot at the deputies was stolen.

Richland County deputies last made national news when former Officer Ben Fields was caught on video flipping the desk of a female high school student, then dragging her on the floor. Fields was fired for violating department policy.

Watch the report, from WLTX, here:

Sen. Lindsey Graham (R-S.C.) is at the center of controversy for his recent Fox News interview.

At the time, he was asked to offer an explanation for the leaked audio that was released to raise awareness about the new book, “This Will Not Pass: Trump, Biden, and the Battle for America’s Future,” which was co-written by New York Times' reporters, Jonathan Martin, and Alexander Burns.