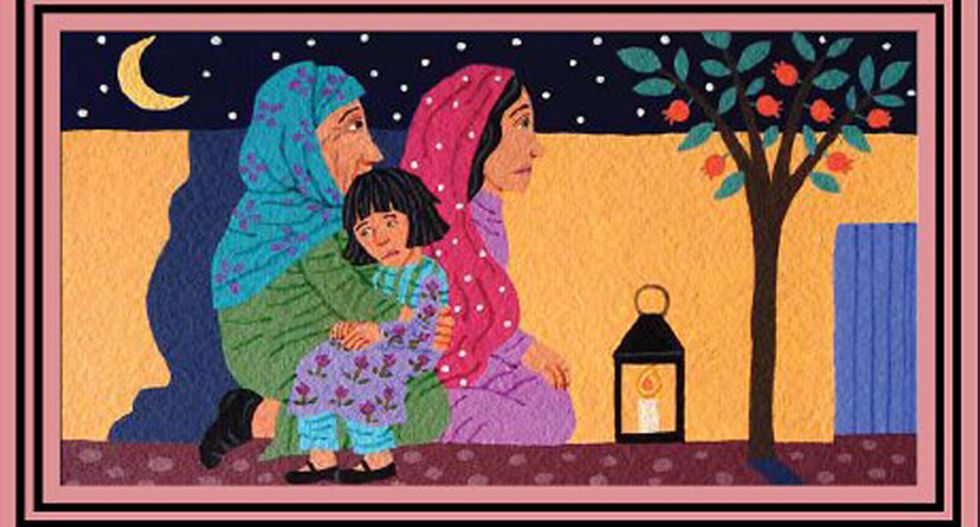 Parents in Wisconsin are freaking out over a reading assignment that depicts a Muslim girl's prayer.

Rumors are circulating that students at Eau Claire schools are being required to memorize an Islamic prayer -- but teachers and administrators have tried to explain those claims aren't true, reported WSBT-TV.

Third-graders are reading "Nasreen’s Secret School," by Jeanette Winter, which depicts an Afghan girl living in fear of Muslim religious fundamentalists who are destroying books and preventing girls from going to school.

One scene depicts the girl praying: “Please Allah, open her eyes to the world, I prayed as I left her there."

Parents worry the prayer amounts to religious indoctrination and an impermissible violation of the First Amendment's establishment clause.

"These things shouldn't be brought up," said Sherri Keene president of the district's Parent Teacher Organization. "It's supposed to be completely separate between the school and religion."

Superintendent David Gray said the book, which is widely read among schoolchildren but has generated controversy elsewhere, was assigned in all district schools this fall as part of the "Engage New York" curriculum intended to boost low test scores.

The curriculum was developed and maintained by the New York State Education Department to meet Common Core standards, and it's widely used by school districts around the U.S.

The curriculum includes the award-winning children's book, which is based on a true story of a girl who defied the Taliban by attending a secret school and has been the target of suspicion in many school districts where it's assigned.

But the Eau Claire superintendent asked parents to bring their concerns to him or speak with teachers instead of spreading rumors.

"There is nothing that requires the students to even consider memorizing an Islamic prayer, let alone expecting them to say one or anything else," Gray said.

Keene and other parents worry that teachers aren't properly trained to present material they believe is controversial.

"It walks a very gray lines about preaching religion or just exposing [students] to it," said Art Keene, the PTO head's husband.