Actress Regina King: 'We are moving backwards' because the Internet has left us with virtual relationships 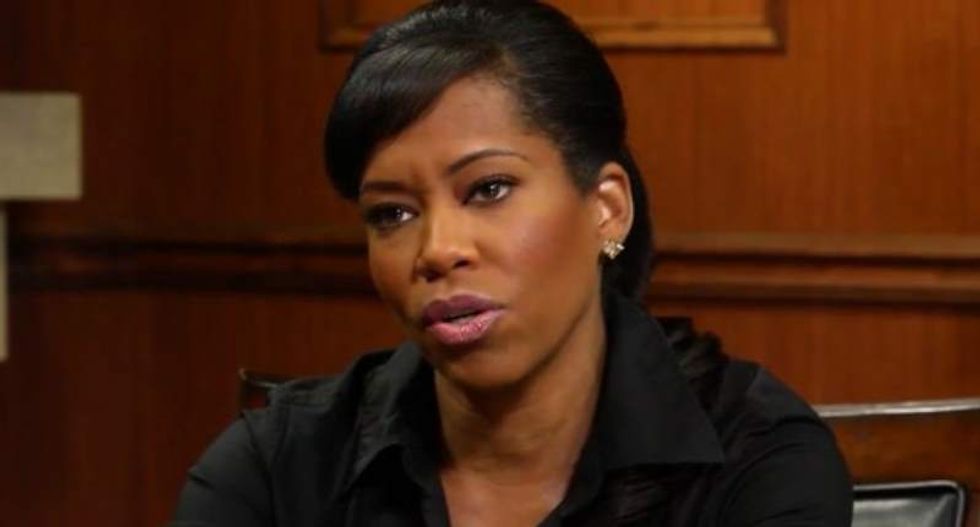 Emmy-winning actress Regina King blamed social media in part for what she described as a social regression during a recent interview with Ora.TV host Larry King.

"I feel sometimes that we are moving backwards in a lot of ways," she said. "A lot of the stories that I heard about from my mom and my grandmother, I'm witnessing them now."

"I'm wondering how that happened," the host responded, before asking, "When did we turn?"

"When did we turn? I probably will get slammed for saying this, but I feel like [with] all of the beautiful things that that the Internet and social media and emails and all of those things that were provided with that technology and those discoveries, we've lost what it really means to communicate and to look at each other and touch each other. We don't do it anymore. We have all of these virtual relationships," she replied. "I think that's why we kinda are in the place where we are."

King won the Emmy for Outstanding Supporting Actress in a Limited Series or a Movie last September for her work playing Aliyah Shadeed on American Crime. She told Larry King that she had no hesitancy in playing a Muslim, while referencing the surge in Islamophobic activities around the country.

"I embraced it. I embraced it totally," she explained. Since shooting to now, I'm so happy that I had the opportunity to represent a person who believes so deeply in their religion. With everything that's going on, I feel honored to have portrayed her."

Watch the interview, as aired on Ora.TV, below.