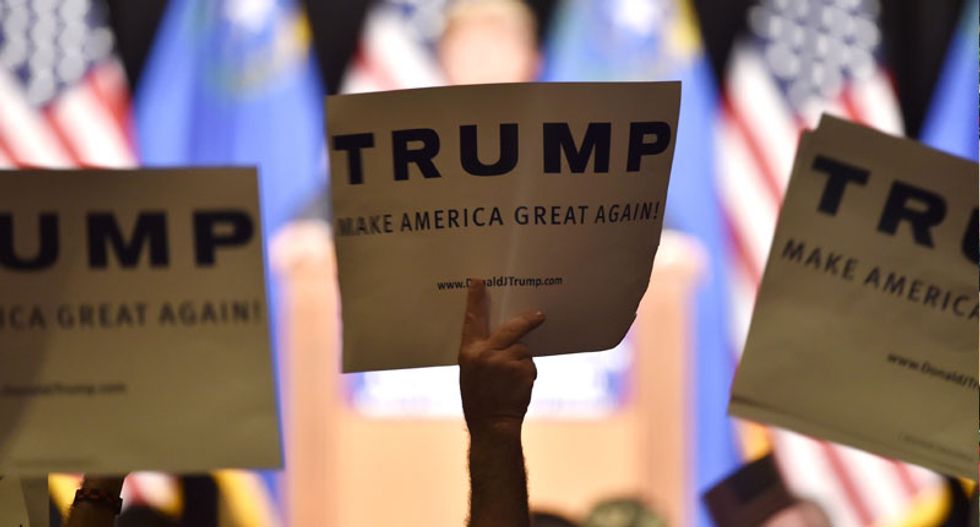 An influential conservative magazine's rejection of Donald Trump's presidential candidacy triggered a fire storm on Friday, with Republican rivals saying it is validation of what they have been saying all along: that Trump is not a conservative.

With Iowa to kick off the Republican search for a presidential candidate with its Feb. 1 caucuses, Trump and his aides reacted with scorn to the editorial in National Review, which was signed by 22 prominent conservative intellectuals.

The "Against Trump" editorial by National Review, a New York-based magazine founded in 1955 by famed conservative thinker William F. Buckley Jr., was scathing.

"Trump is a philosophically unmoored political opportunist who would trash the broad conservative ideological consensus within the GOP (Republican Party) in favor of a free-floating populism with strong-man overtones," National Review said.

“I don’t think Donald is running as a movement conservative,” Republican candidate Marco Rubio told Fox News. “I don’t think he’s ever said that. It’s clear he’s not. I mean, what he’s running [as is] someone who’s a populist, who’s upset about the direction of this country.”

"This transformation (to conservative) that he claims he's done needs to be tested," Bush said.

The Republican National Committee, concerned that the magazine was taking sides, dumped National Review from co-sponsoring a candidates' debate on Feb. 25 in Houston.

The National Review editorial emerged as some establishment Republican figures debate whether Trump is a preferable standard-bearer for the Nov. 8 election instead of the other leader in the Republican race, Texas Senator Ted Cruz.

Trump, anxious to put his stamp on the race with a victory in Iowa, tweeted that the National Review is a dying magazine and a ghost of its past.

Trump is currently in position to seize control of the race. Polls show he could win not only Iowa's caucuses, but also New Hampshire's first-in-the-nation primary on Feb. 9, which would put him on a strong path to the presidential nomination.

A CNN/ORC poll on Thursday said Trump had taken a solid lead over Cruz in Iowa, with 37 percent to 26 percent for Cruz. Cruz has led other polls in Iowa.

Both men will campaign in Iowa on Saturday, the same day that the influential Des Moines Register newspaper will announce its endorsements for the caucuses.

"Against Trump" began trending on Twitter in the United States by Friday morning. Most of the response on the social media site was negative toward "National Review," with several Twitter users expressing dismay over the publication's decision to criticize the front-runner.

"National Review is leading a coalition against Trump," wrote Jeff Fogle (@jefffogle342). "We the people will get him in office if we push hard. Stick together! We can do it!!!"

"Without any sense of self awareness @nro [National Review] ignores [its] attacks on conservatives last 2 cycles," tweeted Madlaw (@madlaw1071).