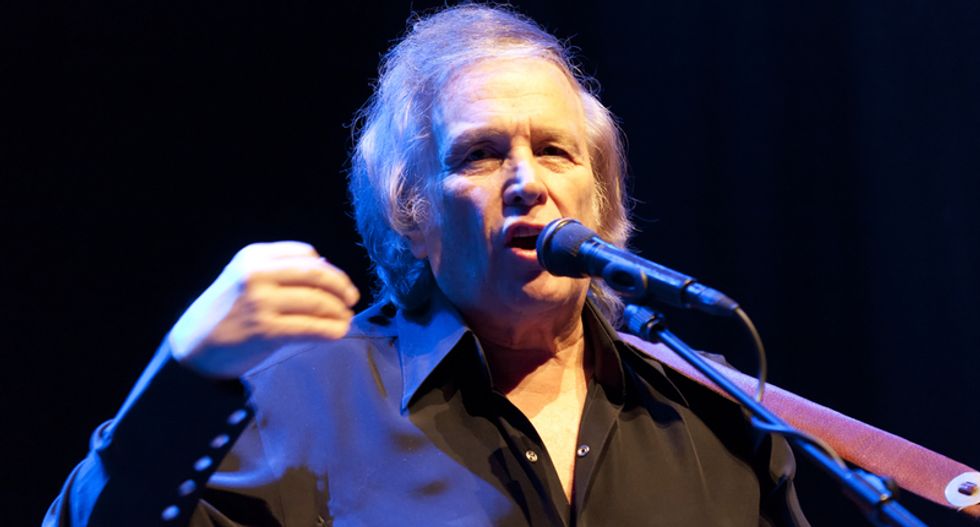 Singer-songwriter Don McLean, best known for his 1971 hit "American Pie," was arrested in Maine on Monday and charged with domestic violence, a jail spokesman said.

McLean, 70, was arrested in Camden, on the Maine coast, and booked into the Knox County Jail at about 3:30 a.m. He was released about an hour later after posting $10,000 bail, Corporal Bradley Woll said.

Woll said McLean was charged with domestic violence, a Class D misdemeanor. He had no details on what led to the arrest.

"It's not every day that we get a celebrity, that's for sure," Woll said.

McLean and his wife Patrisha, a photographer, live in Camden. McLean is scheduled to tour Australia in March.

His eight-minute hit "American Pie" was released in 1971 and reached No. 1 on the Billboard charts. Its six verses reflect U.S. social upheavals in the 1960s and early 1970s.

"American Pie" was named a Song of the Century by the Recording Industry Association of America and the National Endowment for the Arts. McLean's original working manuscript was auctioned for $1.2 million last year.