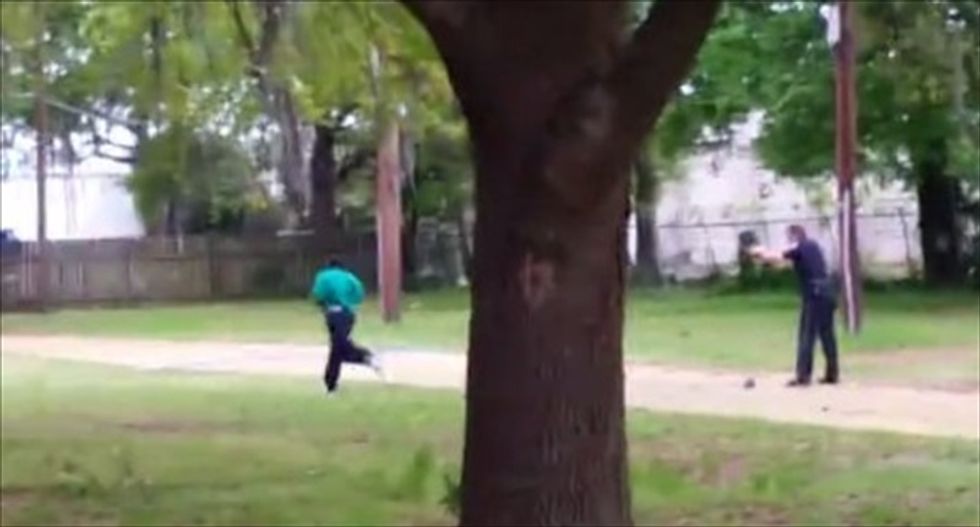 Arsonists appear to have struck the home of Michael Slager, the white South Carolina police officer indicted for shooting Walter Scott in the back and killing him in April.

The blaze was set Friday night and reported at 9:20 p.m., with neighbors seeing either one or two people dressed in black running away from Slager's former residence in Hanahan, the Post and Courier reports.

“People of goodwill can differ about what should happen in this case, but people of goodwill do not start fires intended to intimidate or terrorize,” Slager's attorney, Cameron Blazer, told the paper. “Justice in this case will be dispensed by the members of a jury, and by no one else.”

A glass cocktail bottle was found at the home and believed to be the incendiary device, and will be sent for DNA testing Monday. But there is no named suspect yet. The Post and Courier reports Slager's home has been vacant since Slager was arrested.

Slager has been released on $500,000 bail on Monday, Reuters reports.

Activists were angered that Slager was released on bond, saying he presents a danger to the community, USA Today reports. But James Johnson, president of the local chapter of the civil rights group National Action Network, said demonstrators have been peaceful.

“[Slager] has a lot of enemies. It doesn’t have to be the protesters out there doing something to his home,” he told the Post and Courier.

"We have faith in our justice system and we are asking that everyone take heed to the instructions that were given," Johnson wrote in a statement posted by ABC4. "Please do not forget what we represent, even during the storm we bring peace. National Action Network does not condone violence."