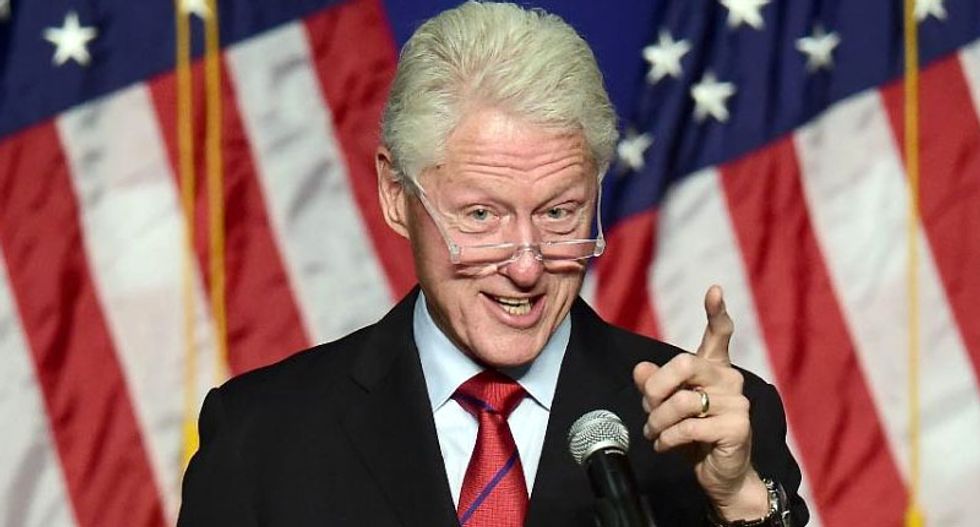 Former president Bill Clinton was back on the campaign trail in Iowa Wednesday, calling his presidential candidate wife Hillary a changemaker as her rival surged ahead in a new poll.

"There’s only one person who is a proven changemaker on hostile territory," the ex-president told a crowd of 325 in Iowa state, which holds its caucuses Monday, with his wife in a close race for the Democratic party's presidential nod.

Across the small town of Mason City that same evening, her rival Senator Bernie Sanders was hosting a larger rally with Hollywood star Susan Sarandon on hand.

Sanders, who calls himself a Democratic socialist, is calling for a revolution against the "billionaire class."

"I will not make perfect the enemy of good. People can't wait," Bill Clinton thundered on health care policy.

He said his wife's gradual approach was best.

"Everything she has ever touched, she made something good happen," he said. "She’s a born changemaker."

"She is a walking, breathing change agent, the only person qualified and has the knowledge on economic and social issues, and political issues and national security issues," Bill Clinton argued.

The Quinnipiac University poll showed the former secretary of state at 45 percent with Sanders, a senator from Vermont, nudging ahead with 49 percent.