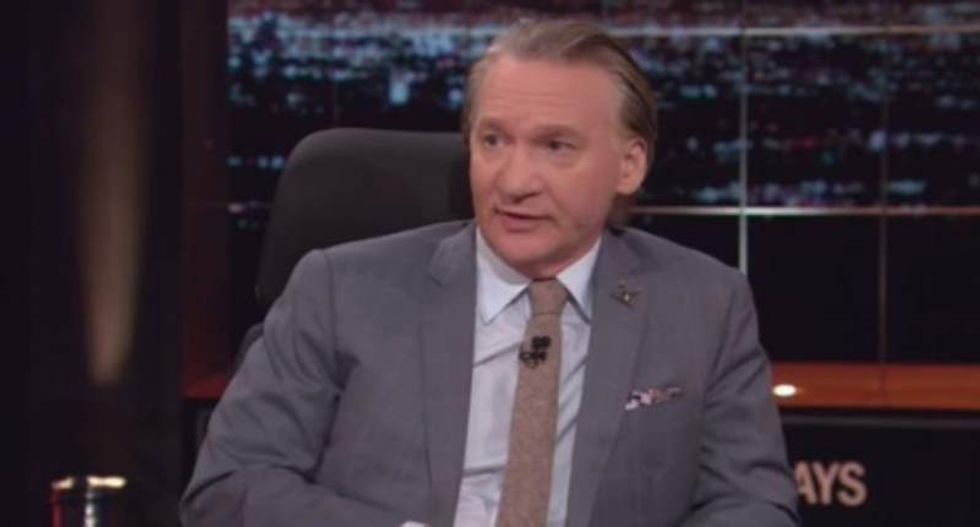 Real Time host Bill Maher had little sympathy on Friday for Sarah Palin's attempt to use President Barack Obama to excuse her son Track's arrest earlier this week for allegedly attacking his girlfriend.

"That's why I'm sure his girlfriend was cowering under the bed -- because of Obama," Maher quipped. "Her daughter has had two out-of-wedlock children. I mean, does it ever occur to anybody that the Obamas are just so much better parents?"

The younger Palin was arrested on Monday and charged with domestic violence assault, as well as possessing a firearm while intoxicated and stopping his girlfriend from reporting the incident. The former Alaskan governor responded during a campaign rally for Donald Trump in Tulsa by saying that Track came back "hardened" from his military service and suffered from a lack of respect that came from Obama.

"[She] just glossed over that," Maher noted. "Like, we accept that now. We send our sons off to stupid wars and they come back a bit different, because he beat up his girlfriend, was talking suicide."

While Republican strategist Liz Mair attempted to give credit to Obama as a father, Maher cut in to criticize the fact that Palin was sent to Iowa fresh off of her endorsement of Trump.

"It's the most morally sloppy going to Iowa to convince the evangelicals -- the supposedly moral people -- to vote?" he said. "That's why faith sucks so bad. Because when you have the same faith as me, then whatever you do is off the table."

"Who wrote that for her, a bunch of drunk monkeys sitting at typewriters?" he asked Maher and Family Guy creator Seth McFarlane. "Who wrote that."

"I will say that Sarah Palin is known to consume the hugest quantities of caffeinated drinks on the planet," Mair noted.