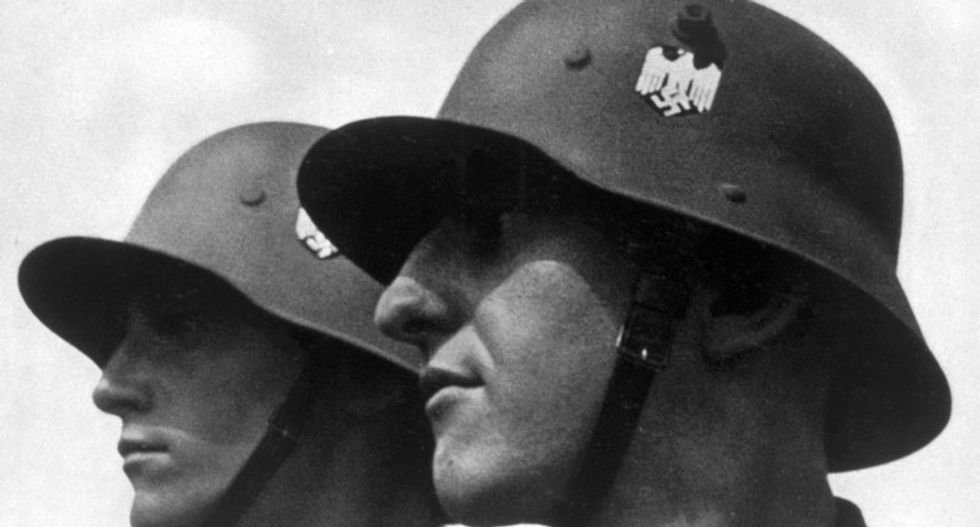 The fact that we officially commemorate the Holocaust on January 27, the date of the liberation of Auschwitz, means that remembrance of Nazi crimes focuses on the systematic mass murder of Europe’s Jews.

The other victims of Nazi racism, including Europe’s Sinti and Roma are now routinely named in commemoration, but not all survivors have had equal opportunities to have their story heard. One group of victims who have yet to be publicly memorialised is black Germans.

All those voices need to be heard, not only for the sake of the survivors, but because we need to see how varied the expressions of Nazi racism were if we are to understand the lessons of the Holocaust for today.

When Hitler came to power in 1933, there were understood to have been some thousands of black people living in Germany – they were never counted and estimates vary widely. At the heart of an emerging black community was a group of men from Germany’s own African colonies (which were lost under the peace treaty that ended World War I) and their German wives.

They were networked across Germany and abroad by ties of family and association and some were active in communist and anti-racist organisations. Among the first acts of the Nazi regime was the suppression of black political activism. There were also 600 to 800 children fathered by French colonial soldiers – many, though not all, African – when the French army occupied the Rhineland as part of the peace settlement after 1919. French troops were withdrawn in 1930 and the Rhineland was demilitarised until Hitler stationed German units there in 1936.

Denial of rights and work

The 1935 Nuremberg Laws stripped Jews of their German citizenship and prohibited them from marrying or having sexual relations with “people of German blood”.

A subsequent ruling confirmed that black people (like “gypsies”) were to be regarded as being “of alien blood” and subject to the Nuremberg principles. Very few people of African descent had German citizenship, even if they were born in Germany, but this became irreversible when they were given passports that designated them as “stateless negroes”.

In 1941, black children were officially excluded from public schools, but most of them had suffered racial abuse in their classrooms much earlier. Some were forced out of school and none were permitted to go on to university or professional training. Published interviews and memoirs by both men and women, unpublished testimony and post-war compensation claims testify to these and other shared experiences.

Employment prospects which were already poor before 1933 got worse afterwards. Unable to find regular work, some were drafted for forced labour as “foreign workers” during World War II. Films and stage shows making propaganda for the return of Germany’s African colonies became one of the few sources of income, especially after black people were banned from other kinds of public performance in 1939.

When SS leader Heinrich Himmler undertook a survey of all black people in Germany and occupied Europe in 1942, he was probably contemplating a round-up of some kind. But there was no mass internment.

Research in camp records and survivor testimony has so far thrown up around 20 black Germans who spent time in concentration camps and prisons – and at least one who was a euthanasia victim. The one case we have of a black person being sent to a concentration camp explicitly for being a Mischling (mulatto) – Gert Schramm, interned in Buchenwald aged 15 – comes from 1944.

Instead, the process that ended with incarceration usually began with a charge of deviant or antisocial behaviour. Being black made people visible to the police, and it became a reason not to release them once they were in custody.

In this respect, we can see black people as victims not of a peculiarly Nazi racism, but of an intensified version of the kinds of everyday racism that persist today.

Sterilisation: an assault on families

It was the Nazi fear of “racial pollution” that led to the most common trauma suffered by black Germans: the break-up of families. “Mixed” couples were harassed into separating. When others applied for marriage licences, or when a woman was known to be pregnant or had a baby, the black partner became a target for involuntary sterilisation.

In a secret action in 1937, some 400 of the Rhineland children were forcibly sterilised. Other black Germans went into hiding or fled the country to escape sterilisation, while news of friends and relatives who had not escaped intensified the fear that dominated people’s lives.

The black German community was new in 1933; in most families the first generation born in Germany was just coming of age. In that respect it was similar to the communities in France and Britain that were forming around families founded by men from the colonies.

Nazi persecution broke those families and the ties of community. One legacy of that was a long silence about the human face of Germany’s colonial history: the possibility that black and white Germans could share a social and cultural space.

That silence helps to explain Germans’ mixed responses to today’s refugee crisis. The welcome offered by German chancellor, Angela Merkel, and many ordinary Germans has given voice to the liberal humanitarianism that was always present in German society and was reinforced by the lessons of the Holocaust.

The reaction against refugees reveals the other side of the coin: Germans who fear immigration are not alone in Europe. But their anxieties draw on a vision that has remained very powerful in German society since 1945: the idea that however deserving they are, people who are not white cannot be German.