CBS host hits Paul Ryan for latest Obamacare repeal attempt: 'How is that an alternative?' 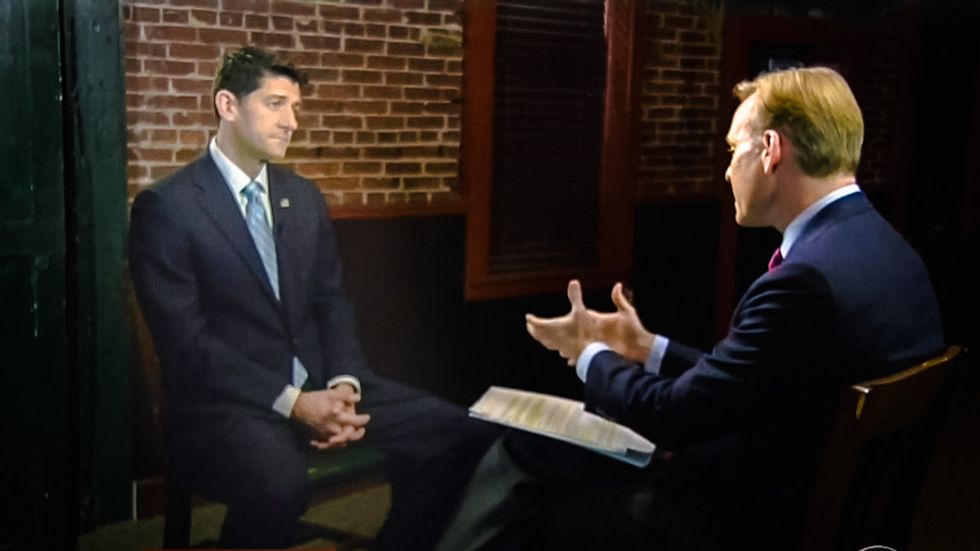 On Friday, President Barack Obama vetoed the latest of dozens of doomed efforts to undermine the Affordable Care Act.

"You said that you wanted the Republicans to offer an alternative to the president," CBS host John Dickerson reminded Ryan in an interview that aired on Sunday. "One of the first things you did this year, though, was offer that [Obamacare] repeal."

"How is than an alternative?" Dickerson wondered.

"It's not," Ryan replied, laughing. "It's why we have to come up with an alternative. So, you're right about that one."

"Will you?" Dickerson pressed.

"Absolutely," Ryan insisted. "My goal -- I don't know how far it will go given we have a filibuster and a guy named Obama who's not going to replace Obamacare -- but my goal is that, we as Republicans, if we don't like these laws, don't like the direction the country is going, I think we have to be more than just an opposition party."

"We have to be a proposition party," the House Speaker continued. "So, if we don't like this, we've got to show how we would do things differently. And we really think Obamacare is failing, whether it's premiums, restricted access, high deductibles, families losing the insurance they wanted to keep."