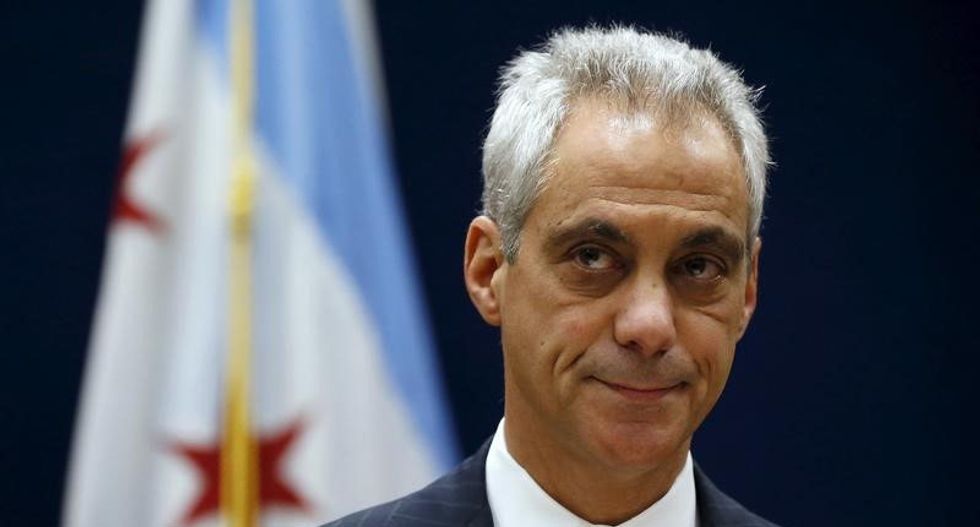 A group of black pastors boycotted Chicago Mayor Rahm Emanuel's annual Martin Luther King breakfast on Friday, over his handling of police killings, and one pastor attended the event but interrupted it with protest chants before being escorted out.

A handful of religious leaders joined protesters who blocked one entrance to the Hyatt Hotel where the breakfast was being held, chanting demands that Emanuel step down.

But hundreds of Chicago's African-American leaders did attend the breakfast - started in the 1980s by the city's first black mayor, Harold Washington - and the event to honor civil rights leader King.

"This boycott is not in opposition to Harold Washington nor Martin Luther King Jr. This boycott stands for the very cause that they stood for, it was through protesting that achievement was made. To sit by and do nothing is to endorse what is going on," said Bishop Edgar Mullins, pastor of Grace Family Worship Center church, one of the boycotters.

Local media showed footage of Rev. Matthew Ross interrupting the breakfast and chanting "16 shots and a cover-up," in reference to the 2014 fatal shooting of Laquan McDonald, before security guards escorted him from the conference room.

Police killings, mostly of men of color, have led to protests around the United States in the past year and a half.

A wave of protests over police killings in Chicago, mostly of young black men, has forced Emanuel to fire his police chief and accept a federal probe of the police department.

The city has also reversed its previous policy not to release video footage of police killings.

On Thursday officials made public the images from surveillance cameras that show police killing Cedric Chatman, 17, in January 2013. Lawyers for his family say the video contradicts police statements that Chatman, a carjacking suspect, had a dark object that he pointed at them.

Alderman Anthony Beale of the city's ninth ward was among black leaders who attended the breakfast on Friday. He said he was there to honor King's legacy, which made protests possible.