Chris Christie: Criticism from New Jersey is based on 'partisanship' 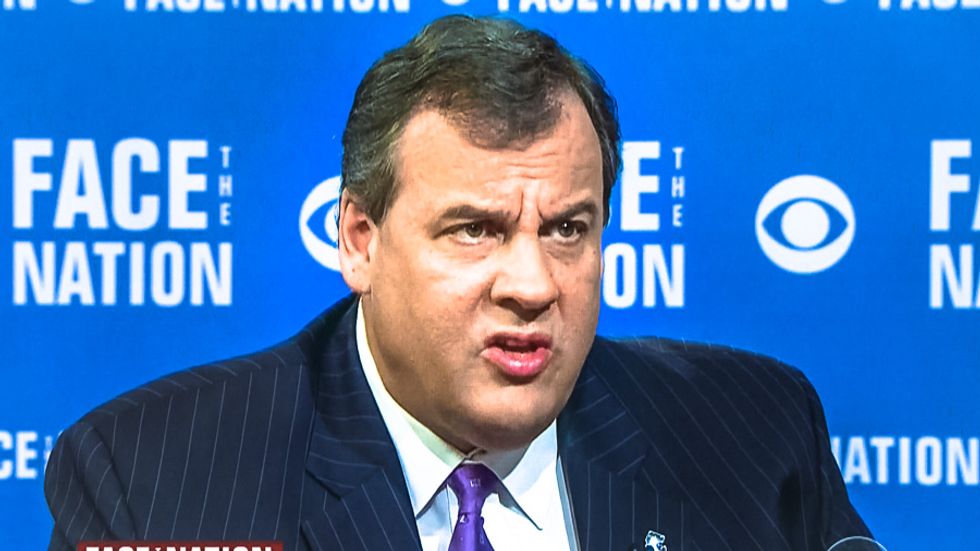 Chris Christie on Sunday blamed “partisanship” for criticism in New Jersey about his record in office and the time he spends out of the state while campaigning for president.

Asked on Fox News Sunday about a New Year’s Day report card from the Asbury Park Press that gave him low grades across the board , including a D on the economy and job creation, the Republican governor said: “I’m not shocked that a liberal newspaper gives me those grades.”

Asked about his time out of the state, most often for events in New Hampshire, where he has pushed hard for a momentum-building win, he said: “The fact is that whenever you’re looking for a new job, your current employer gets a little miffed.”

The Asbury Park Press joined sister paper the Courier News in issuing its New Year report on the governor, and in publishing a highly critical editorial. The Star-Ledger has also criticised Christie.

A Rutgers-Eagleton poll , meanwhile, gave the governor a disapproval rating among New Jersey residents of 62%.

“I’m not shocked that a liberal newspaper gives me those grades,” Christie said on Sunday, “but let’s talk about the facts.

“They gave me that grade on jobs, yet New Jersey in 2015 without the December numbers already has had the best numbers in job creation in the private sector it’s had in 15 years … so this is obviously just partisanship on their part.

“They looked at the numbers? I’ve done better than the last five governors have done in NJ in terms of job creation. So they’re just dead wrong on that.”

Christie was also asked about his time spent out of the state, which reporters have counted as more than 200 days in 2015 .

“The fact is that whenever you’re looking for a new job, your current employer gets a little miffed,” Christie said. “I get that, but I was very honest with the people of New Jersey in 2013 when I ran for re-election.

“I told them there was a possibility I would run for president and so I’ve told them the truth and if they’re a little miffed about it now, I completely understand that … but I’m working hard to become the next president of the United States.”

Christie has also attracted criticism for going after a Republican rival, Senator Marco Rubio, over much-scrutinised absences from Congress which included a recent vote on the passing of a bipartisan spending bill .

Christie trails Rubio in New Hampshire, where the realclearpolitics.com poll average puts him at 11.3% support. Rubio is second on 13.3%, 13 percentage points behind frontrunner Donald Trump. Senator Ted Cruz is third, on 12%.

“Listen, I understand he can’t be there every day; he’s running for president and I get that. But there was a $1.15tn spending bill which he said he was absolutely opposed to. I would think he could take one day off fundraising to just go, cast his no vote and speak up on the floor to try to persuade his colleagues.

“But anyone who’s been a governor, and I understand those that haven’t been don’t understand this … I am on the job every day no matter where I am. It’s never a day off and I’m always working to help the people of New Jersey, to do my job.”