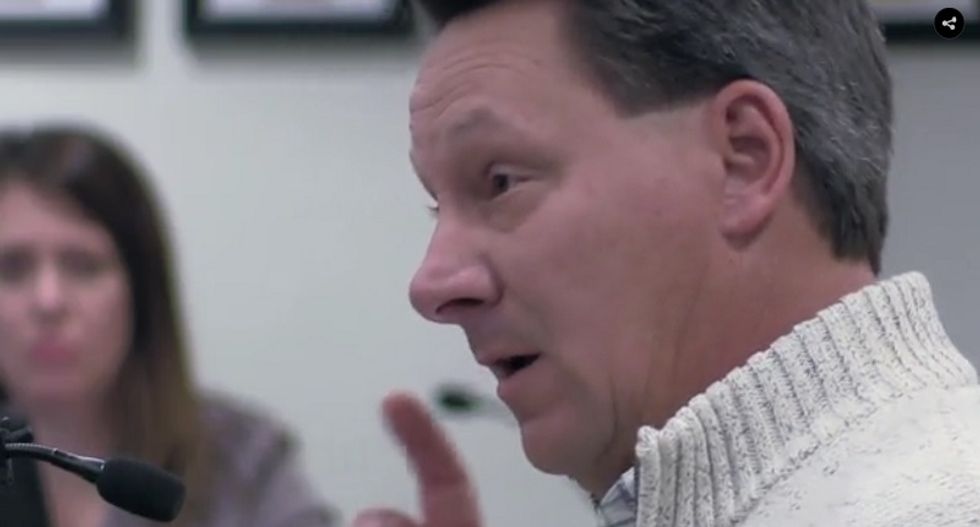 School trustees in a conservative community near Fresno are battling to save a dress code that currently prohibits boys from wearing earrings or having their hair long, the Fresno Bee reports.

On Wednesday, the board of trustees for the Clovis Unified School District voted to strike down changes to the current decades-old dress code, even though it may violate state law. Despite the looming threat of litigation by the American Civil Liberties Union, the board voted 4-3 to keep the dress code as-is.

“Let’s get real, what we’re doing is looking at a lawsuit if you don’t vote for this. I’m sick and tired of the ACLU. Because of them, I can have a male come into my daughter’s bathroom,” Melissa Fairless said at the board meeting. “I’m so tired of my rights and my conservative values being trampled on because of this gender equality. Stand up for what Clovis believes in and say we are going to take this to court and we are going to fight this.”

Board member Ginny Hovsepian and three others voted against updating the dress code, and said Clovis residents should feel free to break the law if they don't like it.

“This community is being assaulted from afar with what I believe is an overreaching law regarding gender equity. I believe it’s un-American to run from a fight for a good cause,” Hovsepian told the Bee. “Just because it’s a law doesn’t mean we need to put up with it … If we don’t put up a stand at this point then it’s just one domino after another.”

Parent Isabel Machado was the only parent in attendance who spoke out against the decision.

“Honestly, I’m just shocked. I heard when I moved out here that this was ‘Clovis’ and I sometimes still hear that I live in ‘Clovis,’ but guess what Clovis? It’s 2016," she said, later adding, "I don't understand how the current policy cannot be deemed equally overreaching."

"To allow our boys to have long hair and earrings in the name of gender equality, you know, what else does that open us up to?” parent Kent Lubratich told KQED News.

One high school senior, William Pleasant, said he almost wasn't allowed to enroll in classes because of the length of his hair, KQED reports.

“They have an image of how men should look, and since I wasn’t following that I was being denied my education because of the way I chose to present myself,” he told the station.

He was eventually allowed to enroll and keep his long hair after the district made an exception because he is African-American.

Watch video from the meeting, as posted by the Fresno Bee, here: