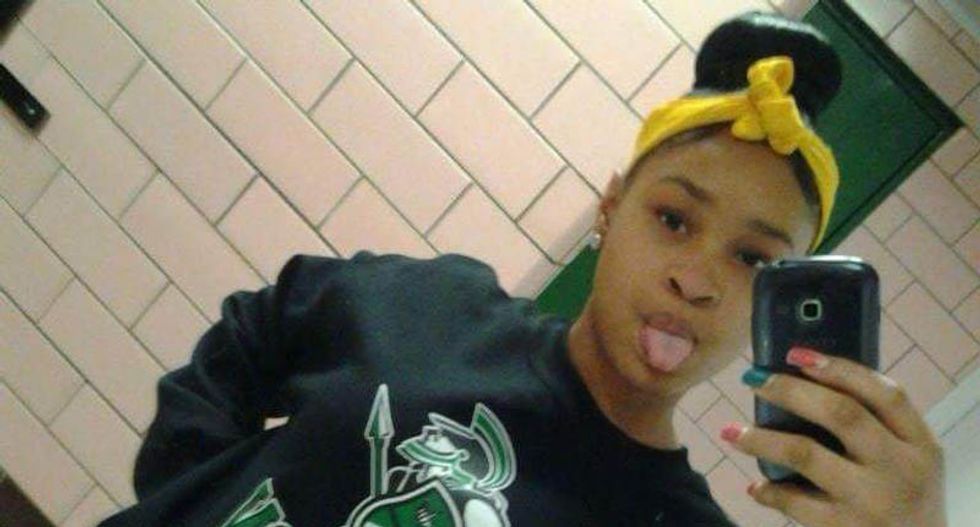 A staffer working at a Kentucky juvenile detention center used a martial arts hold on 16-year-old Gynnya McMillen hours before she was found dead in her cell, reports CBS.

According to a spokesperson for the Kentucky Department of Juvenile Justice, the teen refused to remove her sweatshirt for a pat down search and to have her booking photo taken, leading a staffer to use an "Aikido restraint" on her in order to get her to comply.

"The staff performed an Aikido restraint hold to safely conduct a pat-down search and remove the youth's hoodie," spokesperson Stacy Floden stated. "The purpose of having multiple staff involved in a controlled restraint is to ensure the safety of the youth and staff."

McMillen was found dead in her cell at the Lincoln Village Juvenile Detention Center on Jan. 11, after officials failed to check on her well-being throughout the night.

According to center policy, juvenile detainees in isolation cells must be checked on every 15 minutes by staffers.

On Thursday, Reginald Windham, a 10-year veteran of the juvenile justice department, was placed on administrative leave for failing to check on the teen.

According to the Kentucky Center for Investigative reporting, McMillen's cold lifeless body was discovered “in a sleeping position” in a “secure” room at 9:55 a.m., after failing to respond to twice earlier when asked if she wanted to eat.

Despite her lack of communication, staffers never entered her cell to check on her.

According to the Hardin County coroner there were no obvious signs of trauma or a drug overdose, and that a toxicology report is still pending and could take two more weeks.

Juvenile justice expert Michele Deitch criticized the use of martial arts on the teen.

"I've never heard that phrase used in the context of a corrections setting," Deitch said, adding refusal to remove a sweatshirt is not acceptable grounds for restraint.

"As far as I'm concerned that is a completely inappropriate use of a restraint," Deitch said. "This goes back to not being so punitive with kids. That's not just how you interact if you want to achieve a positive social response."

McMillen was taken into custody after a fight at at a Shelby County residence shortly before 2 a.m. on Jan. 10, according to the Shelbyville Police Department. The teen was was charged with misdemeanor assault after leaving her victim with what were described as “minor injuries.”

The family of McMillen have asked for a full investigation into the teen's death, and video from her cell has yet to be released.

Watch video from CBS below: