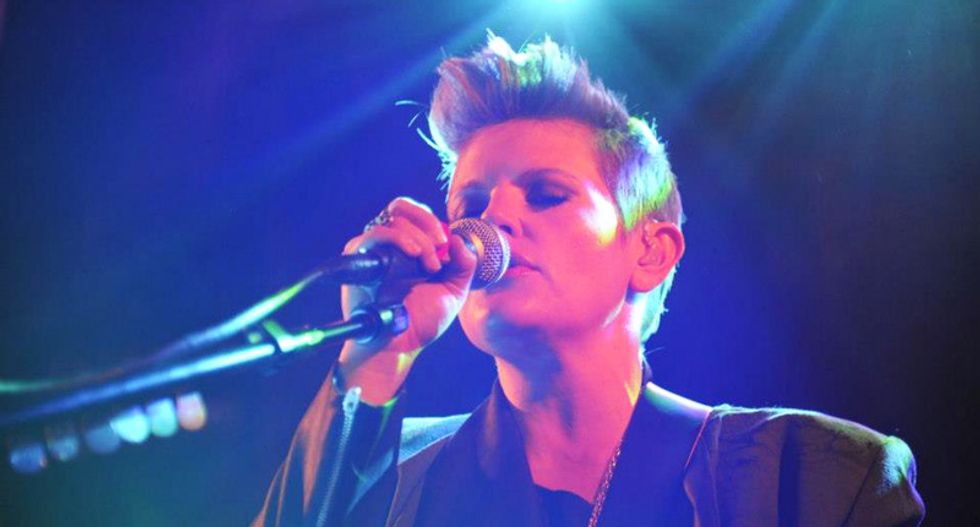 Hearkening back to a comment she made that stalled out the career of her popular group, the Dixie Chicks, singer Natalie Maines took a shot at fellow Texan Ted Cruz on Twitter Saturday, slamming him for being a warmonger.

Writing on Twitter, Maines said, "I stand corrected... Just so you know, I'm ashamed Ted Cruz claims to be American."

Accompanying the comment are side-by-side pictures of Cruz along with former Supreme Allied Commander and U.S. President Dwight Eisenhower, with quotes about their feelings about war.

Maines contrasted Eisenhower's famous quote, "I hate war as only a soldier who has lived it can, only as one who has seen its brutality, its futility, its stupidity," with a recent comment by Cruz about ISIS.

The blustery Cruz -- who never served in the military -- said, "We will carpet bomb them into oblivion. I don't know if sand can glow, but we're going to find out."

While Maines is a native Texan -- with Cruz born in Canada -- she mirrored a comment she made on a London stage in 2003 about former U.S. President and Texas Governor George W. Bush, when she said, "Just so you know, we’re on the good side with y’all. We do not want this war, this violence, and we’re ashamed that the president of the United States is from Texas.”

Fallout from the comment at the advent of the disastrous Iraq war derailed the popular country trio's career, as country stations dropped them from their playlists and flag-waving country fans called for a boycott of their CDs and concerts.

Since that time, the group has bounced back with solo projects and a reunion tour, as well as winning multiple Grammys for their non-apologetic "Not Ready To Make Nice" single from their "Taking the Long Way" album.