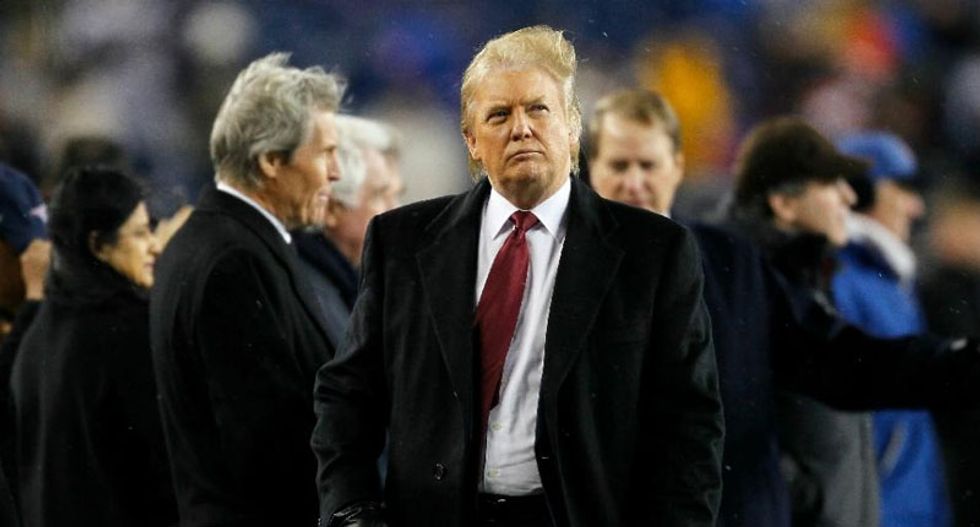 The National Football League's efforts to tone down some of the game's violence in a bid to protect player health has made gridiron "soft", US presidential hopeful Donald Trump said.

Trump who leads the polls for the Republican nomination for the White House, said in Reno, Nevada, that too many penalty flags were ruining the NFL.

"You used to see these tackles and it was incredible to watch," Trump said on Sunday. "Now they tackle -- 'Oh, head-on-head collision, 15 yard (penalty)'.

"The whole game is all screwed up. You say, 'Wow, what a tackle.' Bing. Flag.

Trump's comments came on the second day of the NFL playoffs, and a day after a chippy game between the Cincinnati Bengals and Pittsburgh Steelers, in which two personal foul calls on Bengals defenders helped the Steelers move within range of their game-winning field goal.

Cincinnati linebacker Vontaze Burfict could be facing suspension for driving his shoulder into the head of Pittsburgh receiver Antonio Brown, who suffered a concussion.