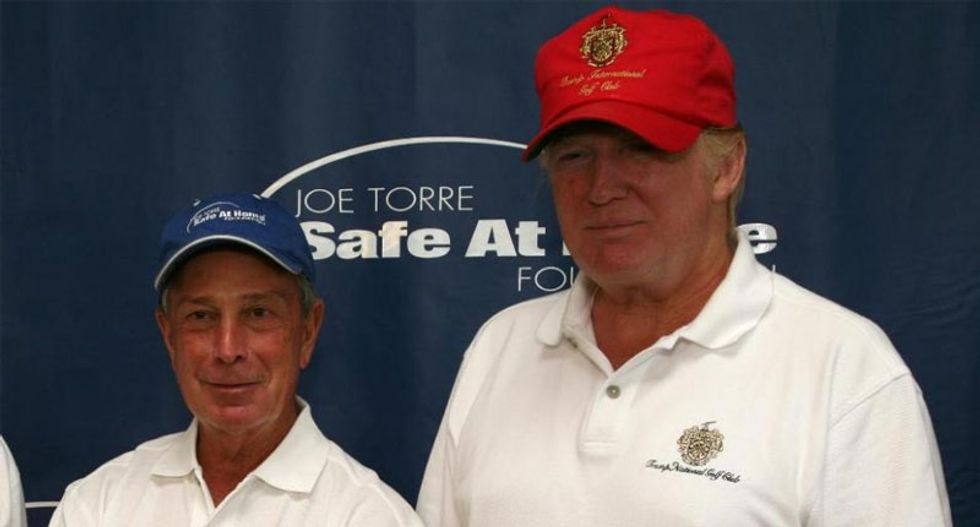 Donald Trump (right) welcomes a mooted run for the White House by Michael Bloomberg (right), saying he would "love" to go up against the fellow billionaire (AFP Photo/)

Republican presidential frontrunner Donald Trump on Sunday warmly welcomed a mooted run for the White House by Michael Bloomberg, saying he would "love" to go up against the fellow billionaire and former New York mayor.

The New York Times, citing anonymous sources, said Saturday that the 73-year-old Bloomberg is mulling an independent bid for the presidency and is prepared to spend $1 billion of his personal fortune.

The Republican-turned-independent sees a potential opening should Trump and Democratic candidate Bernie Sanders -- who is surging in polls -- win their parties' nominations, the sources said.

The media mogul has reportedly set a deadline for a final decision for early March.

Trump, speaking by phone to CBS News a week before the Iowa caucuses, said: "I would love it. I know Michael very well, I'd love to compete against Michael."

Trump, 69, a real-estate mogul and onetime reality TV star, said that Bloomberg "might very well get in the race."

"And Michael's been a friend of mine over the years -- perhaps we're not friends anymore. You know, he's wanted to do this for a long time and he never pulled the trigger."

Sanders, the leftist Vermont senator who is closing in opinion polls on Democratic frontrunner Hillary Clinton, separately told "This Week" on ABC that the possible emergence of another billionaire in the race was further proof of "what I have been saying for a long time."

"This country is moving away from democracy to oligarchy."