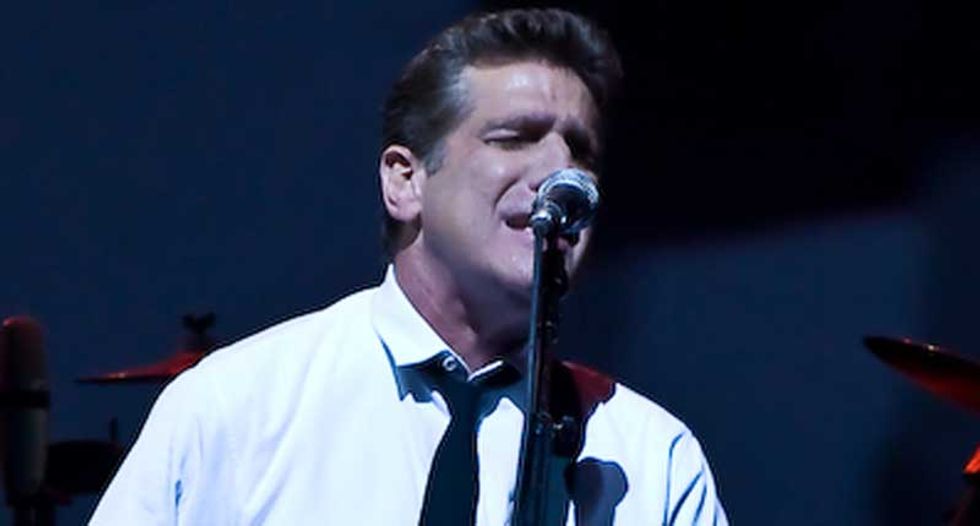 Glenn Frey, co-founder of the Eagles, one of rock's most popular and influential bands has died at age 67, Fox 411 is reporting.

According to his publicist, Frey “fought a courageous battle” for the past several weeks, but passed away due to complications from rheumatoid arthritis, acute ulcerative colitis and pneumonia.

“Words can neither describe our sorrow, nor our love and respect for all that he has given to us, his family, the music community & millions of fans worldwide,” his publicist said in a statement.

Guitarist Frey and drummer Don Henley formed the Eagles in Los Angeles the early 1970s, along with guitarist Bernie Leadon and bassist Randy Meisner. They became known as being in the forefront of the "California sound."

In a statement, co-founder Henley said Frey was "like a brother' to him.

"The bond we forged 45 years ago was never broken, even during the 14 years that the Eagles were dissolved, he said. "We were two young men who made the pilgrimage to Los Angeles with the same dream: to make our mark in the music industry - and with perseverance, a deep love of music, our alliance with other great musicians and our manager, Irving Azoff, we built something that has lasted longer than anyone could have dreamed."

The band is best known for the massive hit album Hotel California.