EPA says its response to Flint water crisis was too slow 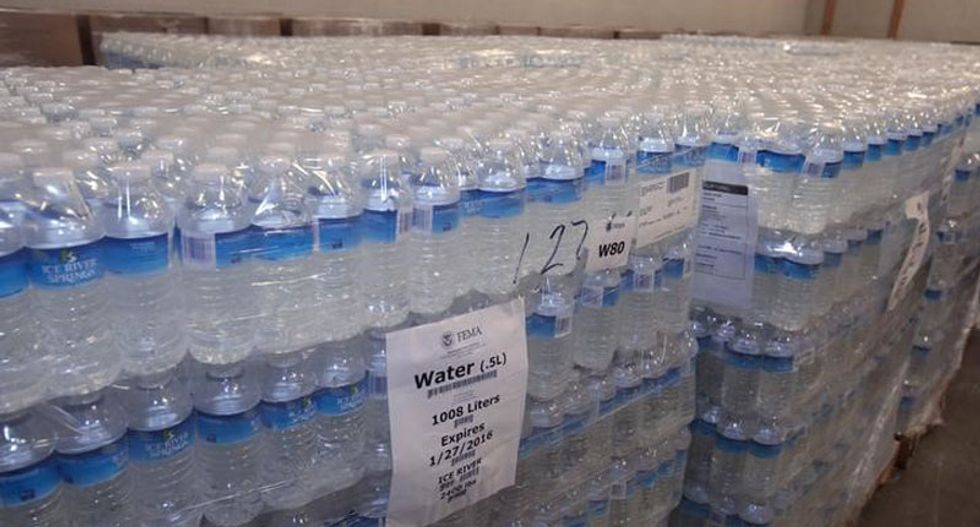 Stacks of bottled water are held at the Food Bank of Eastern Michigan warehouse and will be distributed to the public, after elevated lead levels were found in the city's water, in Flint, Michigan, December 16, 2015. REUTERS/Rebecca Cook

The U.S. Environmental Protection Agency said on Tuesday it was reviewing its handling of a crisis over lead-contaminated drinking water in the Michigan city of Flint and acknowledged it did not respond fast enough.

"Our first priority is to make sure the water in Flint is safe, but we also must look at what the agency could have done differently," the agency said in a statement. An EPA spokeswoman confirmed the agency believed it did not act fast enough to address the problem.

Criticism of the state and federal response has grown in recent days over the crisis in Flint, a financially strapped city of just under 100,000 residents about 60 miles (100 km) northwest of Detroit.

Flint was under control of a state-appointed emergency manager when, seeking to save money, it switched its source of tap water from Detroit's system to the nearby Flint River in 2014.

Flint returned to using Detroit's water in October after tests found elevated levels of lead in the water and in the blood of some children. Lead contamination can cause brain damage and other health problems.

The more corrosive water from the Flint River had leached lead from the city pipes more than Detroit water did, leading to the contamination.

The environmental agency said Tuesday that "while EPA worked within the framework of the law to repeatedly and urgently communicate the steps the state needed to take to properly treat its water, those necessary (EPA) actions were not taken as quickly as they should have been."

The U.S. environmental agency said its oversight was hampered "by failures and resistance at the state and local levels to work with us in a forthright, transparent and proactive manner."

The Health and Human Services Department announced it would lead the federal government's emergency response to the Flint crisis.

"The situation is anything but being ignored by the White House," White House spokesman Josh Earnest said.

Michigan Governor Rick Snyder, a Republican, has apologized for the state's handling of the crisis amid growing calls in the last week for him to resign.

Snyder and other critics have questioned the EPA's actions. "I think there are is­sues at the EPA through the course of all this," he told National Journal.

On Saturday, Obama declared a federal emergency over the Flint water crisis but denied an additional request for a major disaster declaration sought by Snyder.

On Monday, EPA Administrator Gina McCarthy defended the agency's response to the crisis. "EPA did its job but clearly the outcome was not what anyone would have wanted," she said.