Ethan Couch got hammered in Mexican strip clubs -- then made his mom pay the $2,100 tab: reports 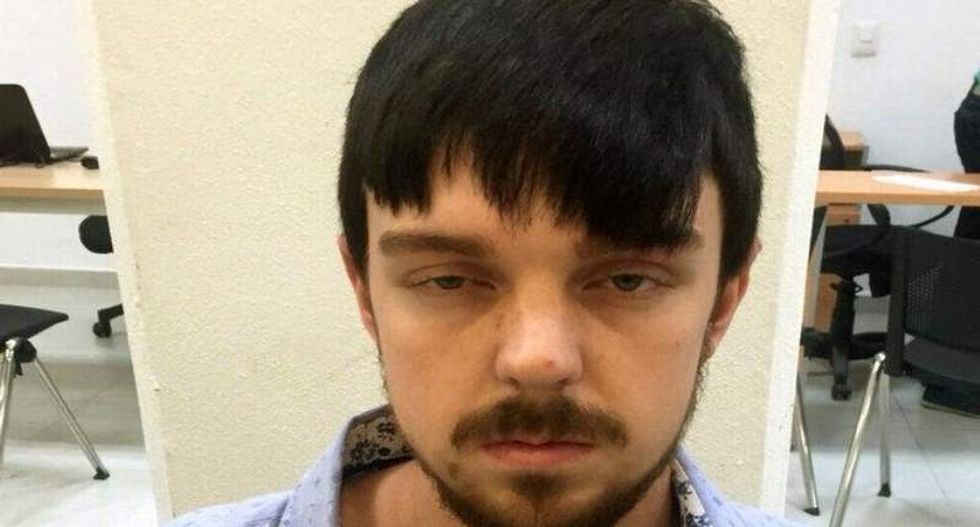 "Affluenza" teen Ethan Couch reportedly spent thousands of dollars on alcohol and prostitutes at a Mexican strip club before he was apprehended for fleeing the country to avoid prosecution.

The 18-year-old avoided jail time for killing four people two years ago in a drunken crash, and Couch and his mother fled to Mexico after an arrest warrant was issued when he apparently violated the terms of his probation by drinking.

Hotel employees told reporters that Couch visited a strip club and was brought home by a waiter and manager to ask his mother to help him pay the exorbitant tab.

Marina Meza, who works at the hotel, told The Dallas Morning News that she was asked to go wake up Tonya Couch to come downstairs and pay the men so they would leave.

“Then I found out about his past and thought that too was really odd,” Meza said. “He didn’t have enough money to pay the bar bill, and his mother had to bail him out.”

Couch visited Prestige and Harem, two gentleman's clubs in Puerto Vallarta, and ran up large tabs at both.

Strip clubs in Mexico allow patrons to run up tabs they must settle before leaving, unlike in the U.S. -- where patrons generally pay for drinks and lap dances as they go.

Mexican clubs are also notorious for charging men inflated prices on drinks for both themselves and the women they speak to while visiting strip clubs.

"It is our policy to escort the man back to his hotel or to an ATM machine to get our money if they don't have it with them," Eduardo Dudinez, manager of Harem, told the Daily Mail.

Dudinez said none of his employees remember seeing Couch at Harem, but he also said the club's top managers forbid employees from speaking to reporters about their clients.

However, a manager at the rival Prestige club told the Daily Mail that he saw Harem employees walk Couch past his club on their way back to the teen's hotel.

"He had drunk a lot," the manager said. "He could hardly walk."

The Prestige manager claims he saw Couch's receipt from Harem, and he said the teen spent more than $2,100 at that club.

Meza, the hotel employee, said Couch's mother was angry when she saw the bill.

She said Couch and his mother stopped at Prestige but found he had paid his tab there in cash, and they then went to Harem to settle up.

Couch remains jailed in Guadalajara, where he is fighting efforts to extradite him to Texas for questioning about a video that shows him playing beer pong.

He was sentenced to 10 years of probation for a 2013 crash that killed a woman whose car had broken down, along with a youth pastor and a neighbor and her daughter who had stopped to help.

Police said Couch, then 16, had a blood-alcohol content three times above the legal limit for an adult at the time of the crash, which also seriously injured two of his friends who were riding with him to steal beer.

A judge spared him prison after a psychologist testified that Couch's parents should be held responsible for his actions because they had never taught the teen right from wrong and used their wealth to shield him from the consequences of his actions.

Couch and his mother reportedly held a going-away party before fleeing the country in late November.