Ex-Auschwitz medic, 95, to stand trial on at least 3,681 counts of accessory to murder 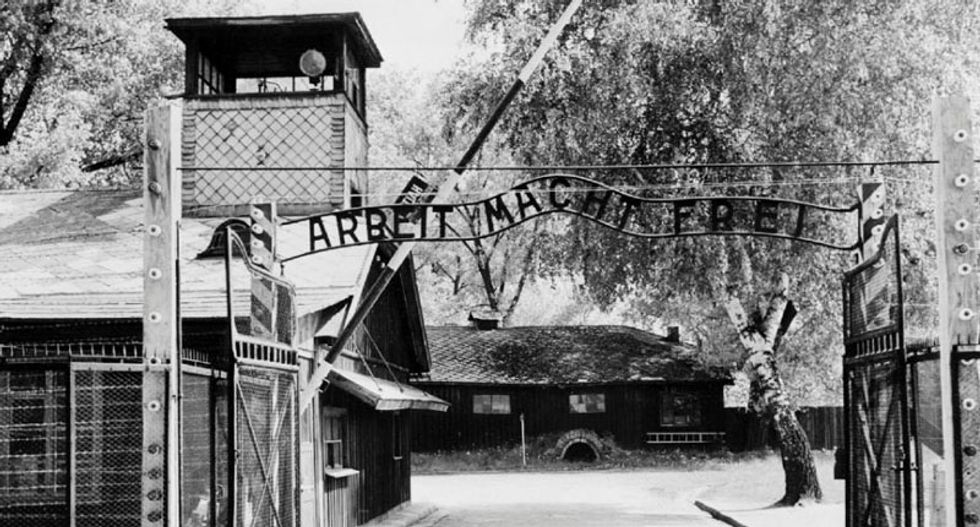 The Auschwitz concentration camp, which was liberated by Soviet troops in April 1945 (AFP Photo/)

A 95-year-old former medic at the Auschwitz death camp will go on trial next month on at least 3,681 counts of accessory to murder, German authorities said Monday.

Hubert Zafke was a medical orderly at the camp from August 15, 1944 to September 14, 1944. During this time, 14 trains carrying prisoners -- including the teenage diarist Anne Frank -- arrived at Auschwitz-Birkenau where many would eventually be killed in the gas chambers.

Ahead of proceedings due to begin February 29, prosecutors said Zafke was "aware of the purpose of the Birkenau camp as an extermination camp" as well as of its structure.

"Given his awareness, the accused lent support to the organisation of the camp and was thereby both involved in and advanced the extermination," said prosecutors in an earlier statement as they charged Zafke for complicity in the "cruel and insidious killings of at least 3,681" people.

The trial in the northeastern town of Neubrandenburg comes after an appeals court overturned an earlier ruling that the elderly accused was unfit to stand trial.

Nevertheless the court acknowledged that he had "cognitive impairments and low physical capacity" and ordered regular breaks during the hearings, as well as medical care.

German media had reported that Zafke was suffering from dementia.

The trial is due to run through March, although the sessions would be determined by Zafke's health condition.

Some 1.1 million people, most of them European Jews, perished between 1940 and 1945 in the Auschwitz-Birkenau camp before it was liberated by Soviet forces.

Frank, who arrived in Auschwitz with her parents and sister, was later transferred to another camp, Bergen-Belsen, where she died in March 1945.

Seventy years after the trials of top Nazis began in Nuremberg, Germany is racing against time to prosecute the last Third Reich criminals to make up for decades of neglect.

Around a dozen investigations are currently under way against former SS officers, just months after the so-called "Bookkeeper of Auschwitz" Oskar Groening was sentenced to four years in jail as an accessory to murder in 300,000 cases in which Hungarian Jews were sent to the gas chambers between May and July 1944.