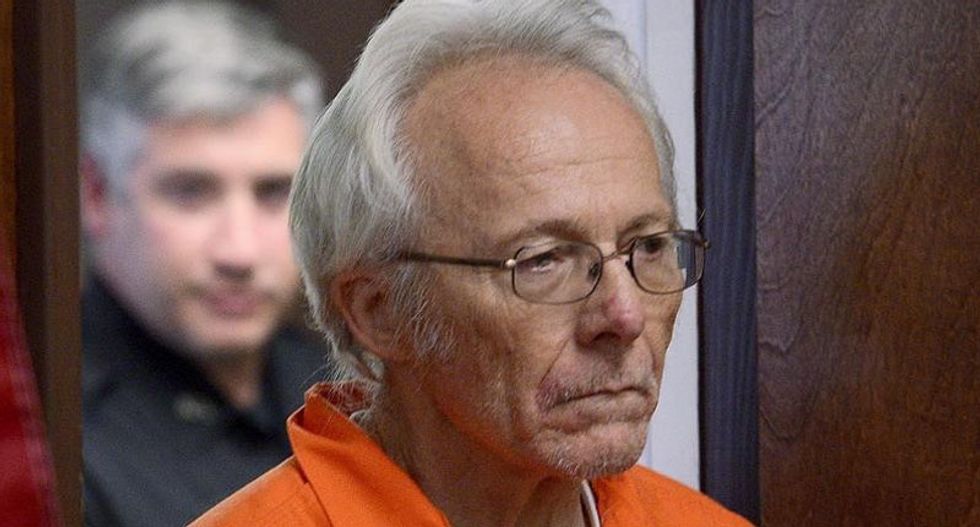 Bruce Leonard enters the court room to stand in front of Honorable Judge Bill M. Virkler for a manslaughter charge against him in the death of his 19-year-old son Lucas Leonard, in New Hartford, New York October 16, 2015. REUTERS/Tina Russell/Observer-Dispatch/Pool

A man accused of taking part in a mass church beating that killed one of his sons and injured another in upstate New York rejected a plea deal on Tuesday that would have sent him to prison for at least 18 years.

Bruce Leonard, 65, appeared in the Oneida County Courthouse in an orange prison jumpsuit and wrist and ankle shackles to turn down the plea agreement involving charges of murder, gang assault and kidnapping in the Oct. 11, 2015, attack at the Word of Life Church in Chadwicks, a small town about 100 miles west of Albany.

Leonard is accused of joining his wife and seven other church members in the beating death of his son Lucas Leonard, 19. Another son, Christopher Leonard, 17, survived the attack but was hospitalized for blunt-force injuries suffered during a so-called counseling session that lasted more than 10 hours.

Their mother, Deborah Leonard, 59, pleaded guilty last month to first- and second-degree assault charges in exchange for her testimony against her husband and the seven others - including church pastor Tiffanie Irwin - in the fatal attack.

During testimony last October at a hearing, Christopher Leonard described his father attacking him and Lucas with his fists as well as with a black extension cord used as a whip. Christopher said he and his brother were assaulted because Lucas intended to leave the church.

The other defendants all rejected the same plea deal as Bruce Leonard. They include pastor Irwin, 29; her mother, Traci Irwin, 49; her brothers Joseph Irwin, 26, and Daniel Irwin, 24; Linda Morey, 54; her son David Morey, 26; and Sarah Ferguson, 33, a half-sister of the victims.

Deborah Leonard was due to be sentenced on Feb. 1 but Oneida County District Attorney Scott McNamara said he has asked for an adjournment for that date and was unable to say when she would appear for sentencing.

Bruce Leonard's next court appearance is set for Feb. 26.