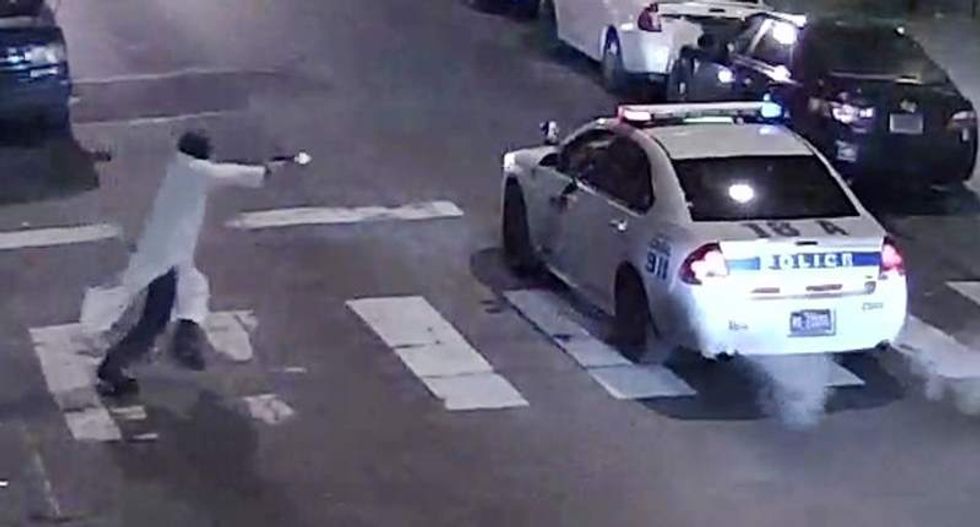 The FBI is investigating the recent shooting of a Philadelphia police officer as a terrorist attack, FBI Director James Comey said on Wednesday, a Pennsylvania newspaper reported.

Comey's comments at a Federal Bureau of Investigation field office in Pittsburgh and reported by the Pittsburgh Tribune-Review, were confirmed to Reuters by an FBI spokesman.

FBI investigators were seeking to find out if suspected gunman Edward Archer, 30, was in touch with or inspired by anyone linked to Islamic State, the report said.

“Your parents' al Qaeda was a group that was focused on national landmarks, sophisticated ... events, carefully chosen operatives, lots of surveillance, and then trying to deliver the big thing. That was al Qaeda's culture,” Comey said, according to the newspaper.

“This is entirely different, first in the way the message comes. They are crowd-sourcing terrorism, using Twitter and other forms of social media to try to motivate anybody” to conduct an attack, he was quoted as saying.

Police said on Sunday that a man stopped officers patrolling near the site of the attack and warned that Archer had been part of a group of four men who may pose a danger to police.

In the attack caught on video, a gunman police say was Archer was seen shooting into a patrol car driven by Hartnett, 33, who was shot in the arm but managed to fire back. Archer, who sustained a bullet wound to the buttocks, was arrested at the scene and charged with attempted murder.

Archer, police say, told them that the attack was done "in the name of Islam."