Flea-bitten empire: How the Romans left parasites, feces and disease in their wake 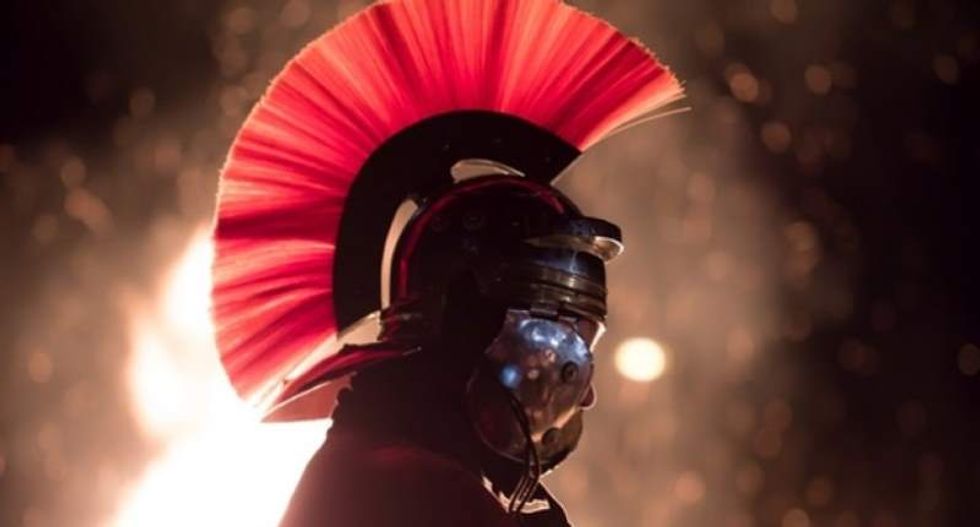 Study finds that despite hot baths and public lavatories, the Romans spread disease and parasites across the empire

What did the Romans ever do for us? Despite all the hot baths and smart multi-seat public lavatories, the surprising answer turns out to be lice, fleas, bed bugs, bacterial infections from contamination with human feces, and 25ft-long tapeworms, a misery spread across the empire by the Roman passion for fermented fish sauce.

“It seems likely that while Roman sanitation may not have made people any healthier, they would probably have smelled better,” said Piers Mitchell, an expert on ancient diseases at Cambridge University’s Department of Archaeology and Anthropology.

Mitchell found evidence for the tapeworms, previously associated with the taste for raw or pickled fish in Scandinavia, in countries where they had not been recorded before the Roman period. He believes the culprit was garum, the Romans’ ubiquitous fish sauce seasoning, which was made from fermented but uncooked fish.

Wrapped around the Romans’ intestines, he said, the parasites could remove nutrients from food before it could be digested, which could cause severe or even fatal anemia. Evidence from some Roman sites in Italy revealed that up to 80% of the child skeletons had evidence of severe anemia.

His research, published this week in the Journal of Parasitology, has gathered archaeological evidence -- and fecal samples -- from sites across the Roman world. His conclusion is that the civilized Romans may not have been any freer from disease than the barbarians they despised. The evidence is in their bones, in objects found at Roman sites, and in their cesspits. They were prey to bedbugs, pubic lice, fleas that may have spread the first recorded outbreak of bubonic plague, bacterial infections and intestinal parasites including whipworms, roundworms, and fish tapeworms, which their culinary fashions spread to countries where the infestations were previously unknown.

“The Romans are famous for their interest in and dramatic improvements in sanitation, with an emphasis on regular bathing, clean drinking water, public toilets and systematic removal of human waste from towns and cities,” Mitchell said. “Since we believe all these things improve human health, you would expect to find the evidence for this – but the evidence is at best equivocal, and in some cases worse than in the pre-Roman period.”

One of the problems may have been their most famous innovation: the often luxurious suites of public hot baths which were a feature of every major Roman settlement. Mitchell said that while the grandest were built with systems for renewing the water daily, in others the water was changed only intermittently, dependent on slaves with buckets to empty them, leaving the bathers swimming in a warm soup of bacteria and the eggs of parasites such as roundworm and whipworm. Comparison with some Viking sites suggests that the Romans were as lousy and flea-bitten as the Vikings, who did not have bath houses.

Although they introduced systems of cleaning and removing human waste, this was then spread on the fields surrounding the towns and cities, where it was an excellent soil fertilizer but could contaminate crops with bacteria and the eggs of parasites. “If the excrement had been composted for a year, that would have been sufficient to kill the parasite eggs – but they could not have known that,” he said.

The remains of fleas and lice have been found in fine combs at Roman sites, along with the eggs of parasites. Some would have made the sufferers miserably itchy; others could have killed them. Body lice could spread typhus. The plague of Justinian, which began in Constantinople in the 6th century and contributed to the decline of the eastern empire, is believed to have been a bubonic plague spread by fleas.

Roman physicians were aware of the problem of parasites, but some of the suggested remedies, including blood letting, would only have made the victims weaker.

Mitchell said his research had made him feel sympathetic towards the Romans, whose passion for hot water could not save them from infestation and illness. “I think my work in a hospital as well, where I still see many of the same conditions, has given me more empathy for these poor people than someone whose work is confined to a laboratory.”