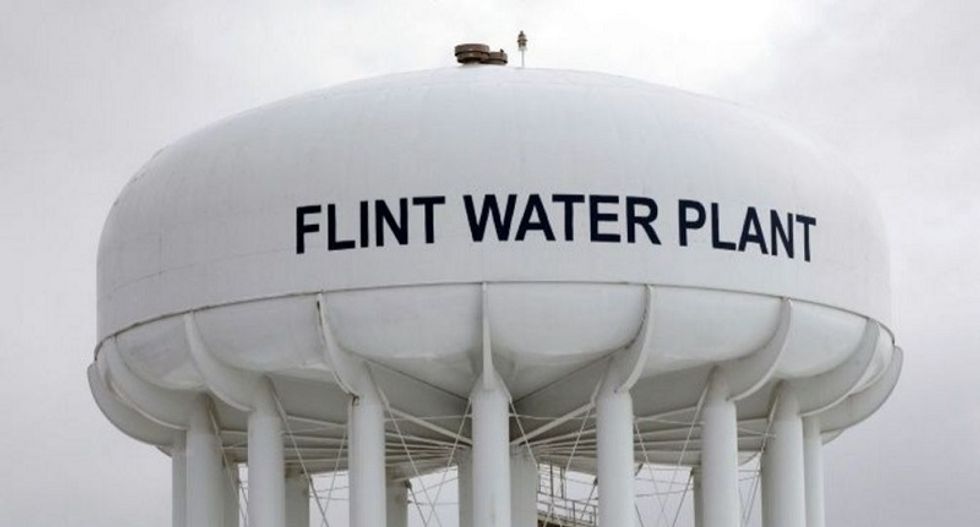 State takeovers do little to help cash-strapped cities like Flint

The ongoing Flint water crisis has now reached fever pitch. State and local decision-makers are coming together with pledges to help the residents of one of Michigan’s most poverty-stricken communities.

But this newfound unity obscures the tangled and damaging arrangements that govern state and local relations in Michigan. And these issues are not unique to Flint. Many other postindustrial cities are struggling to provide basic services, hampered by weak economies and state policies that increase pressure on city governments.

Undeniably, Flint is in serious economic distress. Michigan’s economy has performed poorly for nearly 15 years, dating back to the 2001 recession. And as we have documented, Flint may be Michigan’s most distressed city. Since 1960, the city has lost nearly half of its population. The housing vacancy rate in 2010 was more than 25 percent. Auto industry jobs plummeted from 80,000 in the 1970s to only 8,000 in the 2000s. And the poverty rate climbed from 12.4 percent in 1970 to over 36 percent in 2010.

Even an all-star team of local officials and managers would struggle to provide basic services, protect local public health and welfare, and keep the city solvent under these conditions. But state policies have added to Flint’s burdens. Since 2003 the legislature has cut state aid to Flint by 50 percent as part of broader funding reductions to local governments, which it implemented in an effort to balance the state budget. 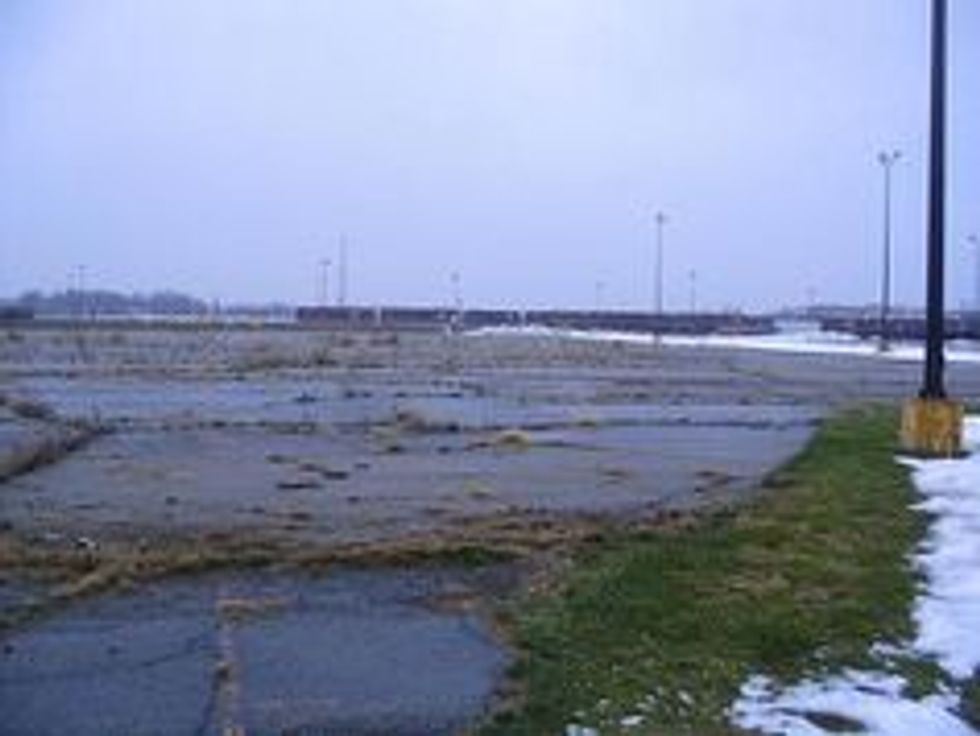 Site of the former Buick City plant in Flint.

Thanks to this harmful combination of state aid cuts, lost revenues and economic distress, revenues in Flint’s city budget fell by nearly 50 percent from 2004 through 2014 –the year in which a state-appointed emergency manager approved a plan to disconnect the city’s water supply from the increasingly pricey Detroit Water and Sewerage Department.

Facing these massive revenue losses, Flint city officials and state emergency managers responded with severe cuts. However, the city still had to provide state-mandated services, such as policing and firefighting, to nearly 100,000 people over 30 square miles, with less than half the employees it had in the year 2000. Funding these services drained the city’s budget, leaving Flint with less money for other priorities – including maintaining its water system.

And even as the city made staff cuts, its overall employment costs rose, thanks to rising pension and health care costs. These costs can partially be traced back to Michigan’s public employment laws, which force municipalities to use costly binding arbitration processes in negotiating with public safety employees.

The combination of state aid cuts, local revenue restrictions, state spending mandates and public employee labor laws places local governments in a fiscal vise grip. In these conditions, city managers have few options. They can either run deficits to keep up with the cost of providing and maintaining basic public services and infrastructure, or make severe cuts that threaten public health and welfare.

This problem extends beyond Michigan. Many of America’s older cities are in fiscal crisis. The state-appointed emergency manager of Atlantic City, New Jersey released a report earlier this month that called for massive spending cuts and partial privatization of the financially strapped city government. Central Falls, Rhode Island went into receivership in 2010 and filed for bankruptcy in 2011. Chicago, Reading, Pennsylvania and Buffalo, New York are facing possible state takeovers of their public schools.

The root cause is economic distress, but in some cases negative state policies make matters worse by significantly restricting local officials' ability to raise enough money to fund their operations.

In Michigan, once a city enters into financial crisis, the state largely suspends local government and appoints a receiver. The theory is simple: mismanagement and/or poor decision-making caused the crisis, so the way to resolve it is to displace local elected officials. More than a dozen other states have similar laws that authorize state government to intervene in cities facing fiscal emergencies.

Undeniably, in some cases – for example, Detroit under former Mayor Kwame Kilpatrick – local malfeasance or political dysfunction can drive a city over the brink. But state takeovers do next to nothing to address underlying structural causes of local distress. Nor do they help cities overcome onerous economic conditions like those in Michigan, which increase the likelihood of fiscal failure even in a well-managed city.

Some observers in Flint have called for a critical reevaluation of the state emergency manager policy. Our research suggests that a review is certainly warranted. The purpose of state takeovers is to minimize damage to credit markets and protect public safety, but sometimes state policies actually help cause cities' financial distress in the first place. Relaxing some of the constraints that states impose on local governments could reduce the need for state takeovers.

Governor Rick Snyder’s recent executive order creating a coordinating committee for Flint is a heartening step. However, in our view Michigan needs a more permanent bureaucratic structure that can provide technical assistance and policy guidance to communities, so that Michigan residents have a partner at the state level, not an adversary. 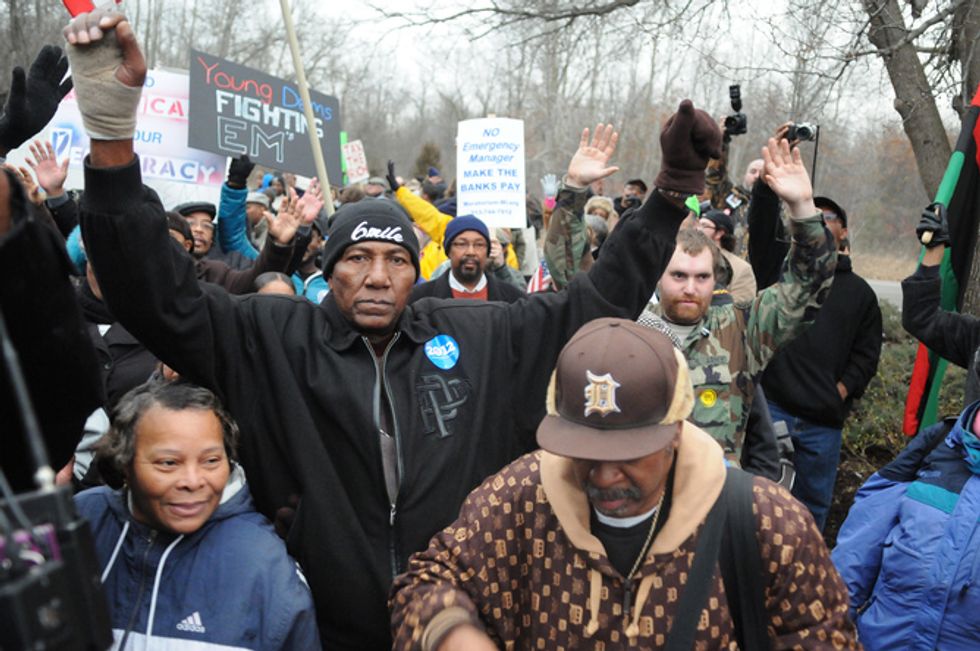 Devastating crises can create opportunities for reform. To prevent another Flint-level crisis, Michigan lawmakers must chip away at the convoluted and damaging policies and legal structures that create serious financial problems for communities.