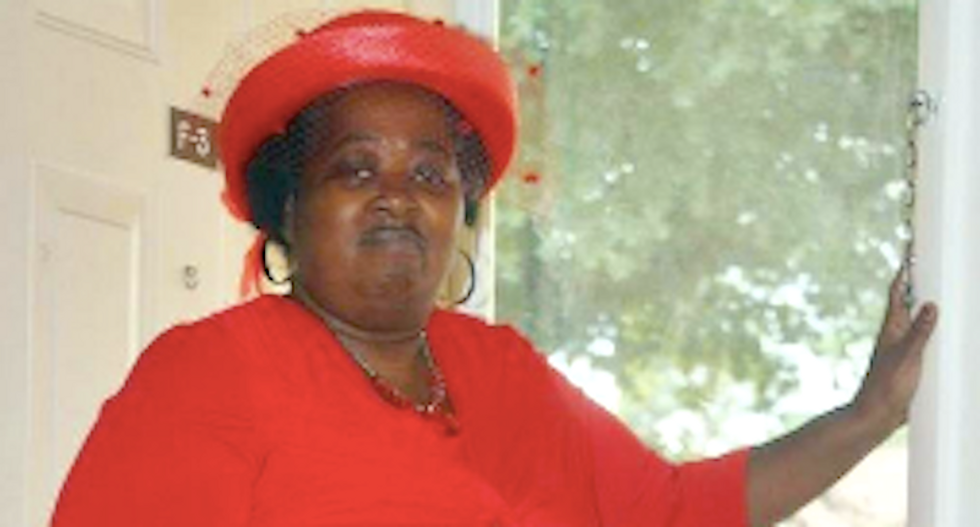 A Florida woman who collapsed and later died after being arrested for refusing to leave a rural hospital emergency room may have lived if medical staff and police had not assumed she was faking illness, her lawyers said on Wednesday.

Barbara Dawson, 57, complained of abdominal pains at Calhoun Liberty Hospital in the Florida Panhandle town of Blountstown five days before Christmas, but medical staff examined and released her.

When she refused to leave, the hospital called the police, who handcuffed her and took her outside, where she collapsed in the hospital driveway. Dawson was returned to the hospital but died of a blood clot in her lungs the next day.

"Barbara Dawson should not have lost her life because of a bad assumption," said Daryl Parks, a partner in Parks & Crumb, a nationally known civil rights law firm representing the woman's family.

The Dec. 21 death is now under investigation by the Florida Department of Law Enforcement, the Blountstown Police Department and the state Agency for Health Care Administration.

Mark Mallory, chief of police in Blountstown, about 54 miles west of Tallahassee, said his office had handled the incident properly and had deferred to medical first-responders on the scene.

At a news conference, lawyers representing Dawson's family released a police voice recording of the incident.

"You hear them insisting that she is going to jail. You also hear hospital personnel repeating to her, 'There's nothing wrong with you,' as she continues to be in distress," said Benjamin Crump, one of the family lawyers, referring to hospital staff.

He said the arresting officer can be heard saying he suspected Dawson was feigning loss of breath.

"You hear him saying to the captain, 'I thought she was just being non-compliant,'" said Parks. "We now know that that assumption cost Barbara Dawson her life."

Mallory said the arresting officer summoned a doctor, a nurse and paramedic within a minute of the woman's collapse.

"Although the officer may have suspected that Ms. Dawson was intentionally non-compliant, he nonetheless fully executed his duty and responsibility, requesting that medical professionals continue to verify Ms. Dawson's health status," Mallory said.

Crump said that even if the hospital staff believed Dawson was not seriously ill, there was no pressing reason to remove her from the emergency room.

The hospital declined to release further details on the woman's condition during the ordeal, citing privacy concerns.