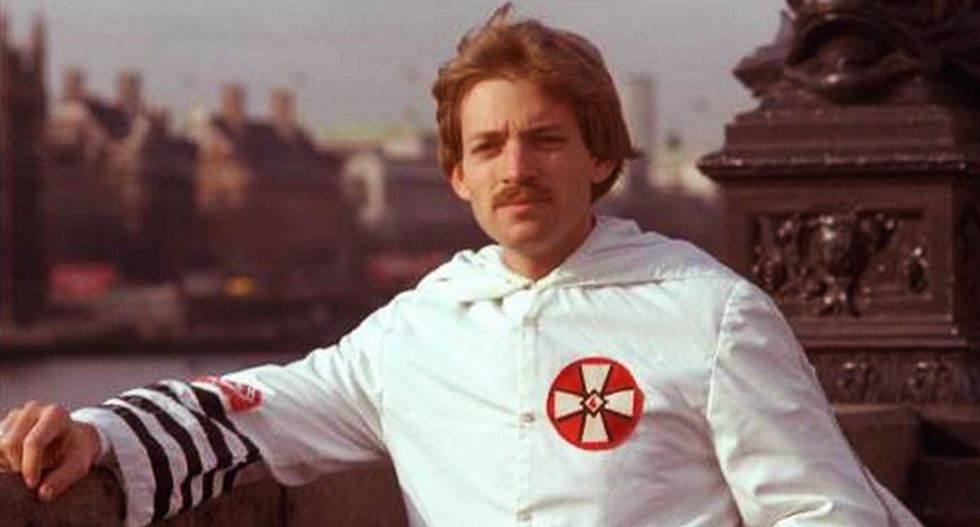 Former Ku Klux Klan Grand Wizard David Duke came to the defense of Maine Gov. Paul LePage (R) after he asserted that drug dealers with names like "D-Money, Smoothie, Shifty" would often come to his state to sell drugs and then "impregnate a young, white girl" before leaving.

LePage later insisted that he was "not going to deny or apologize" for his remarks, and lashed out at media and state lawmakers for criticizing him.

On his Friday radio program, Duke came to the governor's defense, praising the remarks as part of what he said was the "Trump effect of people not talking in politically correct manner."

"You are probably picking yourself off the floor to think that an elected governor in the United States of America would actually talk about this horrible destruction and defilement of young white women," the former Klansman opined. "These are not Anglo-Saxon guys from rural Maine doing this. These are, again, like the Puff Diddys -- or whatever they want to call themselves -- from New York."

Appearing as a guest on Duke's show, Pastor Mark Dankof argued that LePage was "trying to horn in on the Trump vote" for New Jersey Gov. Chris Christie, who he is supporting in the 2016 presidential race.

The pair also ripped Democratic presidential candidate Hillary Clinton, who they called "a truly evil woman," for comparing LePage's remarks to the "hateful and divisive rhetoric" being used by Republican candidates.

"Isn't this the same Hillary Clinton who has constantly told us about black people being victimized by police?" Duke asked. "She says that this is a racist problem that police are shooting down blacks. When the fact is, they shoot down proportionally a far higher capita of a white person who acts criminally."

"Hillary Clinton and Bill Clinton, from the beginning, have been financed and promoted politically by Jewish interests," Pastor Dankof said.