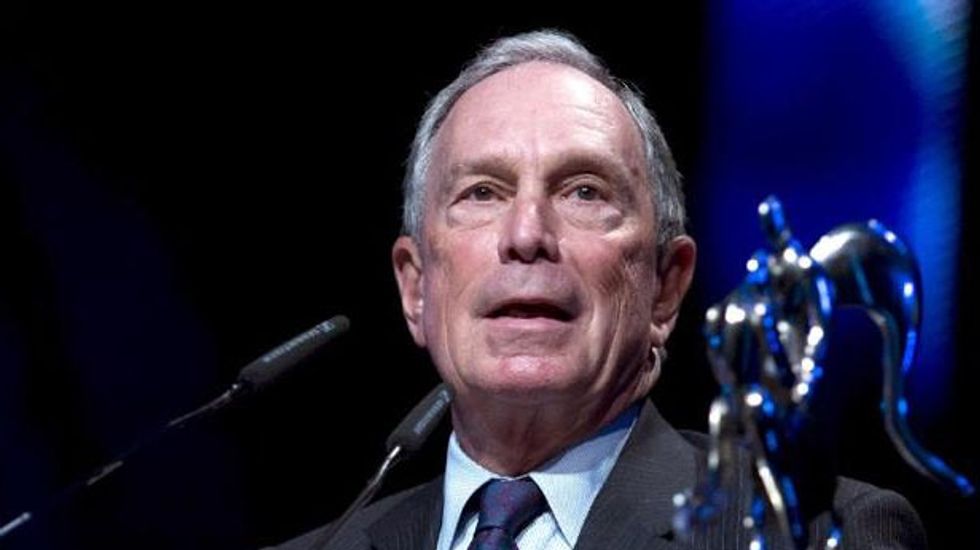 With eight days to go until Iowa holds the first nominating contest on the road to the Nov. 8 presidential election, Republican Senator Marco Rubio basked in the glow of an important endorsement from The Des Moines Register, the state's biggest newspaper.

Bloomberg's weekend revelation, that he is laying the groundwork for a run that he could launch should Democratic front-runner Hillary Clinton falter, sent shock waves rippling through the entire presidential field.

Sanders, a Democratic socialist and Vermont senator who is threatening Clinton in Iowa and New Hampshire, told ABC's "This Week" program that Bloomberg's entry into the race would add a second billionaire to the field. Trump, a real estate mogul, is leading the Republican race.

Sanders has railed against "millionaires and billionaires" and the political power they wield throughout his insurgent campaign for the Democratic nomination.

"That is not what, to my view, American democracy is supposed to be about, a contest between billionaires. If that takes place, I am confident that we will win it," Sanders said.

Many analysts believe a Bloomberg entry into the race could siphon Democratic votes and be another blow to Clinton, a former secretary of state and the wife of former President Bill Clinton.

An independent bid would be a heavy lift for Bloomberg. The last major third-party candidate, Ross Perot, won 18.9 percent of the vote in 1992, which some observers believe enabled Bill Clinton to defeat then-incumbent President George H.W. Bush.

Hillary Clinton, who won the Register's endorsement on the Democratic side on Saturday, said she expected to negate Bloomberg's rationale for running.

"He's a good friend of mine and I am going to do the best I can that I get the nomination and we'll go from there," she told NBC's "Meet the Press."

"The way I read what he said is that if I didn't get the nomination he would do it ... I will relieve him of that," she said.

Trump noted that he and Bloomberg have differences on the issues of gun control and abortion and that he would love to compete against him. Bloomberg wants more gun control and to preserve a woman's right to choose whether to have an abortion.

The current mayor of New York, Bill de Blasio, was cool to a Bloomberg run on ABC’s "This Week."