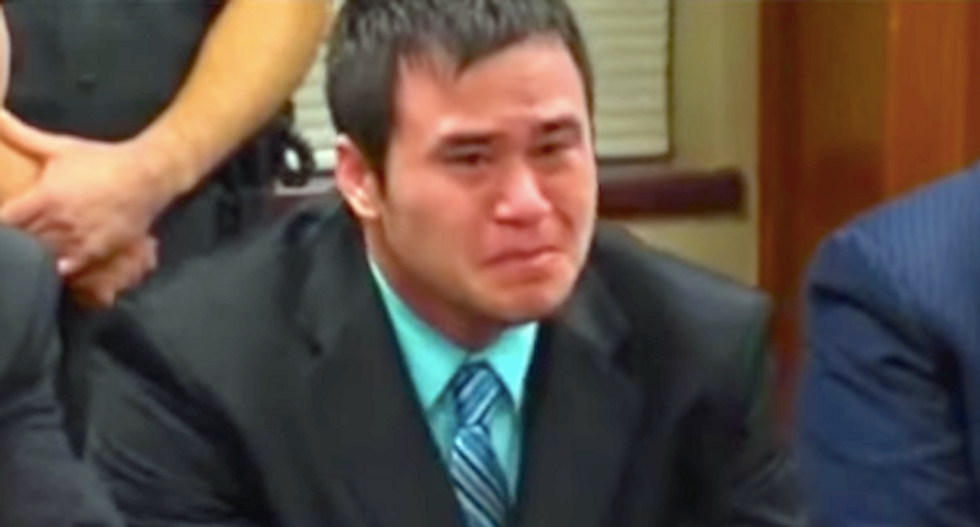 Daniel Holtzclaw listens as the guilty verdict is handed down (YouTube)

A former Oklahoma City police officer convicted of raping four women and sexually assaulting several others while he was on duty faces the possibility of spending the rest of his life in prison at a sentencing hearing on Thursday.

In December, an Oklahoma City jury found Daniel Holtzclaw, 29, guilty on 18 of 36 charges of sexual assault, including rape. He faces up to 263 years in prison.

Prosecutors said he preyed on women who had trouble with the law and forced them into sex, hoping their word would not hold up against his in court.

On Wednesday, a day before formal sentencing, Holtzclaw’s attorneys filed a motion for a new trial, claiming their client was denied a fair trial.

In court documents, the lawyers said, "the government made deliberate discovery violations and misrepresentations, undermining confidence in the verdict."

Thirteen women testified against the former officer, describing encounters in which Holtzclaw forced his victims to perform sexual acts on him.

Holtzclaw, who did not testify at his trial, was fired over the accusations in January 2015 after approximately three years on the job.

He broke down in tears when he was found guilty, telling jurors "I didn't do it," as he was led out of the courtroom in handcuffs.