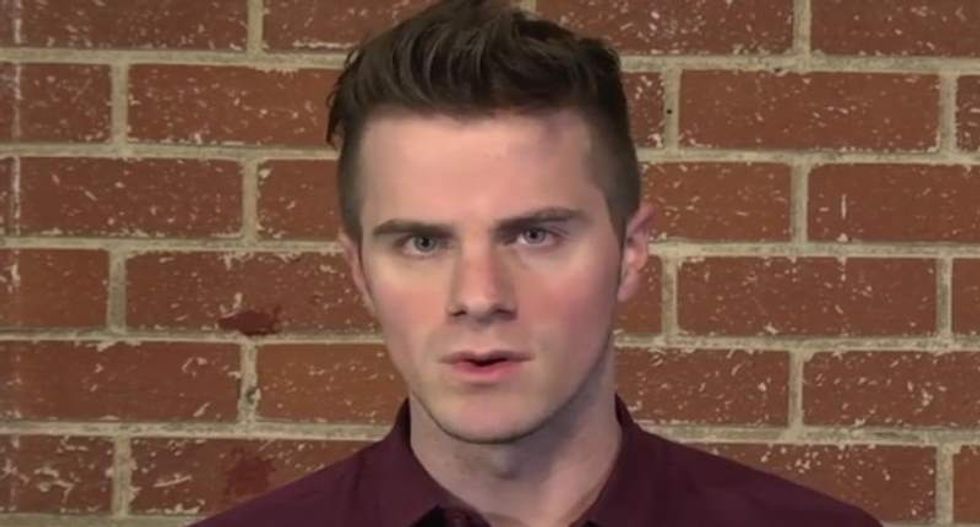 Republicans' attempt to use a comedian's winning reaction on Jeopardy! to promote their Snapchat account backfired, Gawker reported.

Louis Virtel ripped Republicans' "Snap of the Union" promotion in an op-ed for Hitflix, where he is an editor.

"The fact that the GOP can't detect gay pride in arguably the gayest Jeopardy! moment of all time is proof of their brutal ignorance," Virtel wrote. "There is nothing sassy or cute about the GOP invoking my image to prove they're hip with the kids, who almost unanimously think they're a joke anyway. The GOP's aggressive, antigay hysteria fills me with contempt, and this is just another laughably moronic mistake to consider alongside their regressive legacy."

House Republicans did not acknowledge Virtel's sexuality on Tuesday when they announced the promotion, saying it would offer followers "an exclusive behind-the-scenes look" at President Barack Obama's final State of the Union address.

The centerpiece of the announcement was an image of Virtel snapping his fingers to celebrate winning $5,000 after correctly answering a "Daily Double" question on the game show last year. The image can be seen below:

After seeing the party's post, Virtel wrote, he described his reaction as "horrified and sad."

"Nothing about representing myself on Jeopardy! with excitement, self-possession, and pride has anything to do with the GOP's ideals, and it is borderline traumatizing to see my image associated with their horrifying, regressive shambles of a party," he explained. "Every fearful, closeted kid I knew growing up in suburban Illinois had one thing in common: ignorant, blindly adherent Republican parents."