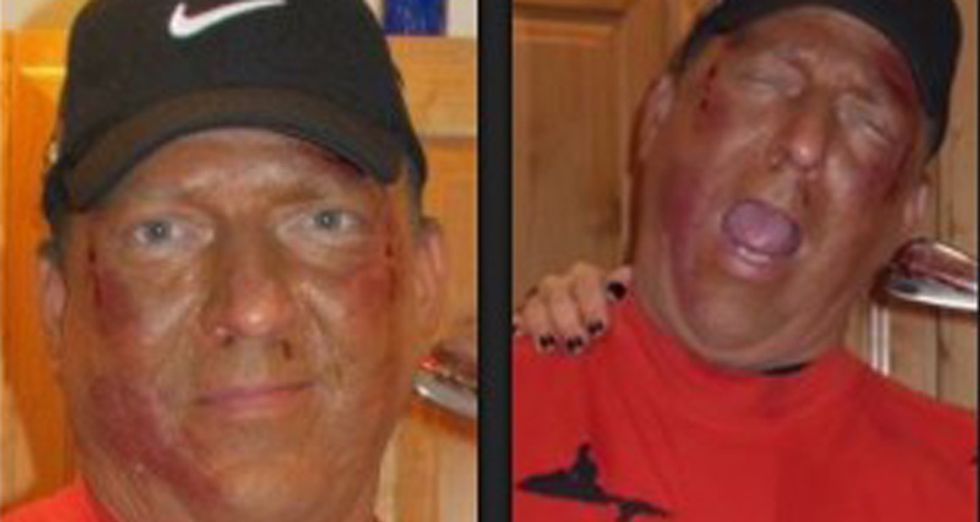 A former Kankakee County public defender and current GOP candidate for state's attorney is taking heat after foes discovered a photo on his wife's Facebook page of the candidate dressed up in blackface as pro golfer Tiger Woods.

According to the Daily Journal,  attorney Ed Glazar claims the photo has been on his wife's Facebook account since 2010 when Woods got into an altercation with his then-wife over his infidelities

The attorney stated that it is being used by his fellow Republicans to derail his campaign.

"Jan and I don't have a racist bone in our bodies," Glazar said. "This was not a negative portrayal of a black person. SNL did a very similar spoof on it."

"Sleazy politics is making me sick to my stomach," he stated. "But I'm not going to let him threaten me from running for a job that he's not capable of handling."

The photo was sent anonymously to local radio stations over the weekend, with Rowe denying he had anything to with it.

"Crime is an issue in Kankakee County," said Rowe, who lost to current State's Attorney Jamie Boyd in the 2012. "We want victims and families to come forward to work with law enforcement. And this undermines those efforts."

Another Republican in the race for the seat knocked Galzer for the blackface.

"I wouldn't dress up in blackface," said Emile Capriotti, who worked under Glazar for years. "I don't want to pile on. Maybe people don't know what that signifies for blacks."