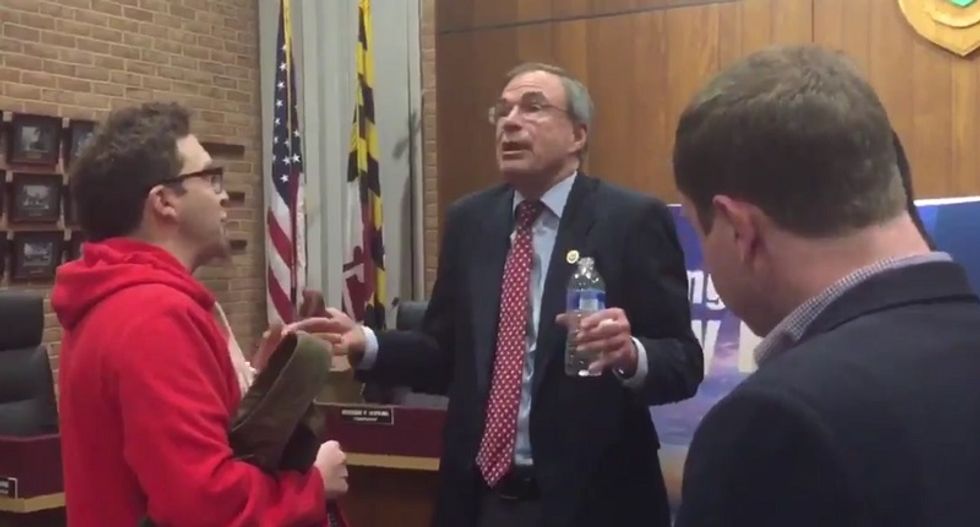 After Maryland Congressman Andy Harris introduced an amendment aimed at blocking Washington, D.C.s law that decriminalizes marijuana, advocates for the cause confronted him at a town hall, according to the DCist.

Harris had some interesting reasons for not wanting legal pot and also not supporting statehood for D.C., according to video posted by activist Adam Eidinger of DCMJ.

In the video, Harris tells Eidinger he doesn't think D.C. should be a state because "they make irresponsible decisions like legalizing marijuana when the African-American unemployment rate is 40 percent" and the high school graduation rate is 12 percent.

He's dramatically wrong on both fronts. As of November, the black jobless rate in D.C. is 13.6 percent, according to data from the Economic Policy Institute. According to the National Center for Education Statistics, the black high school graduation rate is almost 60 percent.

According to the DCist, Harris' interference with marijuana legalization could cost him the upcoming election. Harris, an M.D., said that "recreational marijuana is dangerous, that's the way it is." His campaign representatives didn't respond to a request for comment from the DCist.

Eidinger plans to keep the pressure on.

"This is the first of many planned trips," says Eidinger. "We're definitely interested in this primary."

Watch Harris' comments, as posted to Twitter by DCMJ, here: