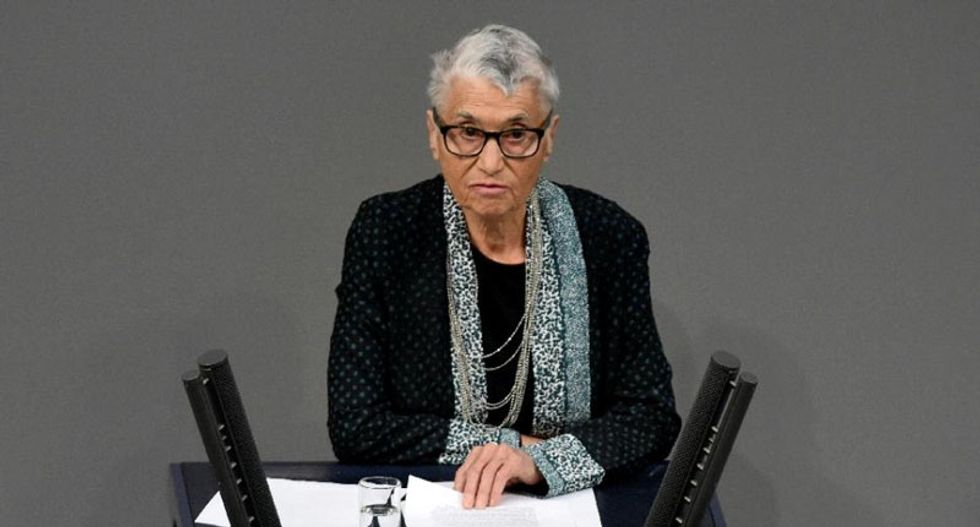 Holocaust survivor Ruth Klueger on Wednesday lauded Germany for keeping its doors open to thousands of war refugees, calling Chancellor Angela Merkel's "we can do it" slogan "heroic".

"This country, which was responsible for the worst crimes of the century, has won the applause of the world today," the 84-year-old scholar told the German parliament in an address as part of commemorations for International Holocaust Remembrance Day.

"I am one of the many outsiders who has gone from surprise to admiration," Klueger said, describing Merkel's rallying call of "We can do it" as a "simple but heroic slogan".

Merkel has repeated the mantra over recent months as she has resisted fierce opposition -- even from within her conservative camp -- to reverse her policy towards refugees.

Klueger, who now lives in the United States, said it was precisely Merkel's approach toward those fleeing war and misery that had moved her to accept the German parliament's invitation to speak on the 71st anniversary of the liberation of Auschwitz death camp.

Klueger is one of the youngest survivors of the Holocaust, and was first deported to the Auschwitz before being sent to the forced labour camp Christianstadt.

Germany has commemorated the liberation of Auschwitz-Birkenau every year for the past two decades.

Around 1.1 million people, most of them European Jews, perished between 1940 and 1945 in the camp before it was liberated by Soviet forces.