How the Iowa caucuses work -- a confusing election process explained 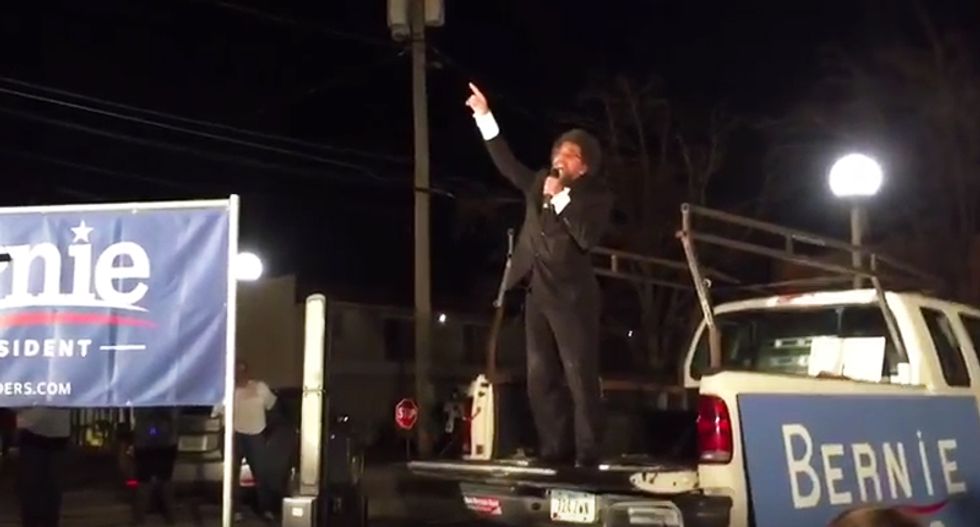 The four-stage contest begins on 1 February, building to a national convention in the spring – but Republicans and Democrats each have different systems

The Iowa caucuses are perhaps the most important yet mysterious contest in American politics. The concept of an election is familiar to everyone – but by its very name, a caucus sounds different and archaic. However, give or take a few wrinkles, the Iowa caucuses are simply another election, held on a cold winter’s night in the Hawkeye state. But those wrinkles do matter quite a bit.

What is a caucus?

On 1 February, caucuses will be held in each of Iowa’s 1,681 precincts.

These comprise the first part of a four-stage process that will choose the state’s delegates to each party’s national convention, where the presidential nominee is formally selected.

The precinct caucuses are simply the first step in that process.

Related: Bernie Sanders puts boots on the ground in Iowa battle with Clinton

Is it the same process for Democrats and Republicans?

No. Whereas Republicans have a relatively straightforward process, in which they cast secret ballots in their precinct caucuses, it’s far more complex for Democrats.

Republicans have a secret ballot. Voters take a piece of paper and mark the name of the candidate whom they support. These votes get counted in each precinct and reported to the state party.

These totals are supposed to be reflected in the final Republican delegation to the national convention. Rules implemented after Ron Paul finished third on caucus night in 2012 but eventually controlled Iowa’s delegation are supposed to enforce this.

The totals reported on caucus night are simply normal vote tallies as in any other election.

That is not the case with Democrats.

Democratic caucuses are quite undemocratic. Each precinct is apportioned a number of delegates based on Democratic turnout in the past two elections. It’s like an electoral college at a micro level.

After attendees show up to a Democratic caucus, they are divided into preference groups based on candidates whom they support. Bernie Sanders supporters will stand in one area, Hillary Clinton supporters in another. Once everyone is separated, there is a first count of how many supporters each candidate has.

To be viable in each precinct, a candidate usually needs to receive the support of 15% of those who attend, although in some small rural precincts, the threshold is higher.

If a candidate’s support is under that threshold, his or her supporters need to induce others to join their group in order to reach 15%. If they are unsuccessful in doing so, their candidate is not considered viable and they can either go home or support a candidate who is viable instead. There is then a second count of supporters for each candidate and, from those totals, delegates are assigned.

This means that if Democratic candidates are polling under 15% statewide on caucus night, they could significantly underperform compared to their polling.

Iowans don’t always brag that the caucuses pick presidents. The humble midwesterners’ saying has long been that “there are three tickets out of Iowa” and that the key is to finish in the top three in the Hawkeye state. Even Jimmy Carter, the first candidate to use the Iowa caucuses to reach national prominence, finished second in 1976 (although in that case, the first place finisher was “uncommitted”).

On the Democratic side, Barack Obama’s decisive win in the Hawkeye state was the key to his eventual victory over Hillary Clinton in 2008, as was John Kerry’s decisive 2004 win over Howard Dean. The state’s Democratic electorate, dominated by those in college towns and blue-collar union industries, is whiter and more liberal than those of most other primary states.

With Republicans, who have tended to have far more crowded fields than Democrats in recent years, Iowa has proved a key part of the winnowing process in the past two cycles, chasing a number of socially conservative candidates out of the field and allowing members of that wing of the party to coalesce around one candidate. This socially conservative slant has led to some concern that in promoting social conservatives – ranging from Pat Robertson in 1988 to Rick Santorum in 2012 – Iowa pushes the Republican party to the right.

Despite this socially conservative slant, the key group in Iowa on the Republican side in 2016 will be more moderate “country club” Republicans. With Donald Trump and Ted Cruz appealing to those conservative voters looking for red meat, if moderate Republicans in the eastern part of the state coalesce behind one establishment candidate – Marco Rubio , Jeb Bush or Chris Christie – it could make this a three-person primary, with evangelical, conservative and establishment camps each emerging with a viable contender.

On the Democratic side, students will be the key demographic to watch. This will be the first Iowa caucus in over a decade that has taken place when colleges and universities are in session. If Bernie Sanders can successfully organize and turn out young people across the state, it could give him an edge in several key counties across the state.

Turnout will also be important on the Republican side, as many of the voters most attracted to Trump’s candidacy are new to the political process. The higher the turnout, the better for Trump. In contrast, overall turnout is a mixed indicator for the Democratic primary. While Sanders is also hoping to turn out a number of voters new to the political process, an increase in turnout doesn’t necessarily bode well for him. After all, while Clinton may have lost the state in 2008, she still vastly surpassed her vote goals and likely turned out more people than every other Democratic candidate in the history of the caucuses besides Barack Obama.

Life on the trail

During the last few weeks before voting, campaigns in Iowa reach a frenzied peak as candidates desperately crisscross the state, political ads are constantly on TV and yard signs bloom like flowers in spring. Voters stop answering their telephones because of the onslaught of campaigns calling them and pollsters seeking their opinions .

Candidates serious about competing in Iowa camp out in the state. One, longshot Democratic senator Chris Dodd, even relocated his entire family to Des Moines before the 2008 caucuses. Well-financed candidates travel in buses emblazoned with their campaign logos, while those with tighter pocketbooks travel in what the noted American political journalist Walter Shapiro called ‘ one-car caravans ,’ lone SUVs rushing across two lane highways from coffee shops to pizza parlors.

But candidates gaining momentum will have bigger events. This is not to say that they will have arena-sized rallies like Donald Trump’s but simply that their crowds will increasingly be bigger than their venues and curious caucus-goers will pack their rooms.

There also will be a growing testiness among the candidates. After years spent working towards their presidential campaigns, they will face their first key electoral test while enduring bitterly cold weather and inevitable attacks on little sleep. It is an atmosphere that is not conducive to producing “happy warriors”.

Iowa has seen some memorable moments on the campaign trail.

Barack Obama’s eloquent speech at the 2007 Jefferson Jackson Dinner changed the course of the campaign and helped propel him to victory in Iowa.

In 2004, Howard Dean’s famous “scream” after a disappointing third place finish doomed his candidacy. Dean’s scream wasn’t the only quirky moment in the state, although it was perhaps the most consequental. Other examples include social conservative activist Alan Keyes jumping into a mosh pit at the prodding of television host Michael Moore during the 2000 campaign and, of course, countless candidates awkwardly eating corndogs .

In 1980, a relatively unknown Republican spent months campaigning in Iowa under the radar and was able to win the state.

And, although George HW Bush ultimately wasn’t the party’s nominee, his win in Iowa began the march of a dynasty, eventually helping to propel him and perhaps indirectly his son to the White House.