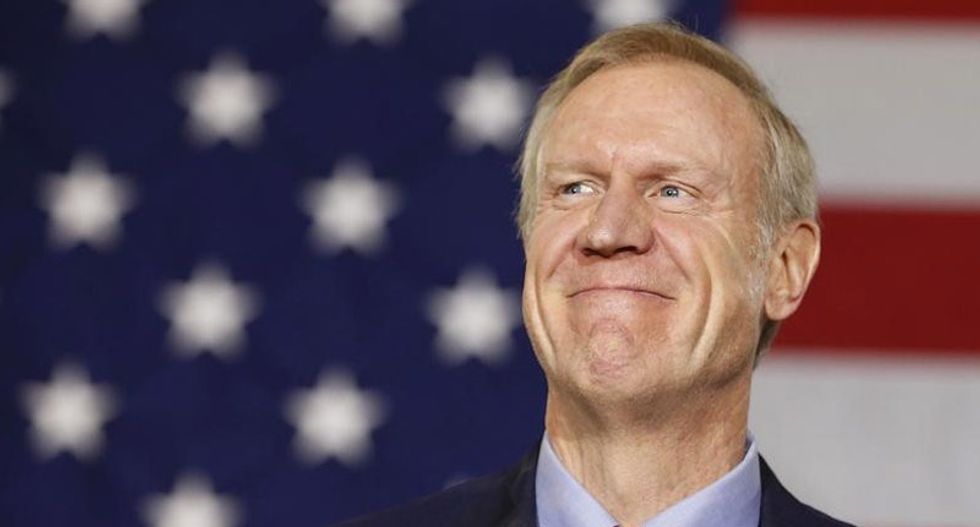 Illinois Governor Bruce Rauner is showing no sign of budging from his stance that structural changes precede any move to raise revenue ahead of his second state of the state address on Wednesday.

Nearly a year ago, the wealthy venture capitalist turned Republican governor used the annual speech to the legislature to lay out an ambitious agenda that included business-friendly changes to workers' compensation, a freeze on local property taxes, curbs on public sector collective bargaining, and legislative term limits.

But Rauner's so-called turnaround to-do list hit a brick wall in the Democrat-controlled legislature, where House Speaker Michael Madigan pronounced it "extreme." The stalemate has left Illinois without a budget more than halfway through fiscal 2016.

"Governor Rauner stands ready to pass structural reforms and a balanced budget that will help fund social-service programs and jumpstart our economy,” his spokeswoman Catherine Kelly said in response to funding pleas on Tuesday from nonprofit agencies.

Democrats, however, continue to balk at the governor's agenda.

"What the speaker and I have been saying all along is 'Let's fix the budget,'" Senate President John Cullerton told reporters on Monday. Rauner "has these side issues he has been holding to. We're willing to talk about those topics, make some changes, but not dramatic radical changes, especially when there's a supermajority of Democrats."

About 90 percent of state government is being funded through court orders, an enacted spending bill for K-12 schools, and continuing appropriations for big ticket items, such as pensions and bonds.

State universities and colleges have been left out in the cold along with 125,000 students who qualified for state assistance, forcing some schools to announce layoffs, while Chicago State University warned it will run out of cash in March.

A coalition of nonprofit agencies on Tuesday called for a revenue hike to keep Illinois' social service and higher education infrastructure from crumbling further.

Illinois' biggest social services provider announced on Friday it was eliminating 750 jobs and shuttering more than 30 programs affecting about 4,700 seniors, children, veterans and other residents because the state is over $6 million in arrears.

"The state of our state is just desperate at this point," said Dan Lesser, a director at the Shriver Center, an advocate for the poor.

Cullerton said Democrats cannot hike taxes on their own.

"We're not going to have any tax increase unless Bruce Rauner agrees to it," Cullerton said.