In their own words: GOP voters show why they probably shouldn't be trusted with the vote 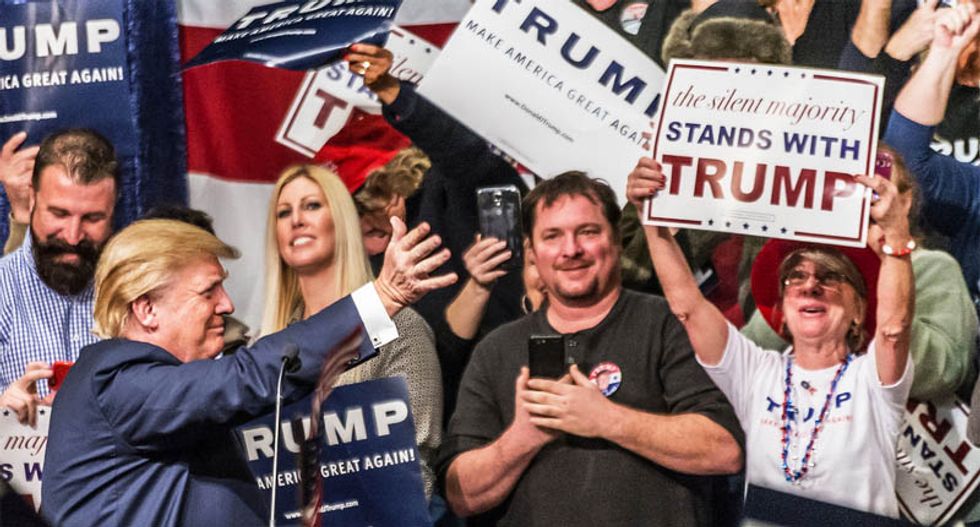 "Even if he were mediocre, there are a lot of mediocre judges and people and lawyers. They are entitled to a little representation, aren't they, and a little chance?"  -- Former Republican Sen. Roman Hruska defending appointment of "mediocre" Judge Harold Carswell to the U.S. Supreme Court.

I will state right up front that I don't know anyone who intends on voting for Donald Trump -- or any other Republican for that matter -- at either the primary or the national level.

Like Pauline Kael, who once said, "I live in a rather special world. I only know one person who voted for Nixon," I too live a "special world" devoid of ALL-CAPS! flag-waving 'Muricans. Or maybe they exist around me but they have the common decency to keep it to themselves -- like Scientologists and pedophiles.

To say that the run-up to this GOP primary is a "half bubble off plumb" would be gross understatement.

We have never seen the likes of a Donald Trump on the campaign trail -- making like Tom and Daisy Buchanan from The Great Gatsby, smashing up "things and creatures" and then retreating "back into their money or their vast carelessness or whatever it was that kept them together, and let other people clean up the mess they had made.”

I, for one, have no idea what Trump's endgame is or whether he is trapped by his success like Max Bialystock in The Producers, as Joe Scarborough once noted in one of his rare lucid moments.

I do know that he has disrupted the hell out of the field, tamping down establishment Republicans like Jeb Bush and John Kasich, leaving American-by-way-of-Canada grotesque Ted Cruz and over-achieving model UN ambassador Marco Rubio jockeying to finish in the money but nowhere near the lead. This doesn't even take into account the GOP's Breakfast Club bench of the whack-job (Ben Carson), egomaniac princess (Carly Fiorina),  sullen teen (Rand Paul) and school bully (Chris Christie).

So I guess Republican voters could be forgiven for not knowing whether to "shit or go blind," as Zeno of Elea so puckishly put it in Parmenides. It's in there, trust me.

Which brings us to the voters of Iowa and New Hampshire who are going to set the tone in the next couple of weeks.

As regards Iowa's caucuses, we know one thing: they don't mean jack.

But if you still want to know what Republican New Hampshirites  and Iowidiots (or whatever they are -- who cares?) think and why they think it, New York mag put on their travel logs and traveled to the hinterlands to talk with the local yokels.

If you're looking for well-informed opinions backed up by rock-solid policy prescriptions --- dude, c'mon. Really?

They're more like the people you see at the track who bet on the horses depending on what colors the jockey is wearing that particular race -- even if the horse is limping badly. Which is to say, yes, some people are thinking about voting for Carly.