India teen survives after being raped, shot and dumped in a well: 'I could see a bullet -- so I just yanked it out' 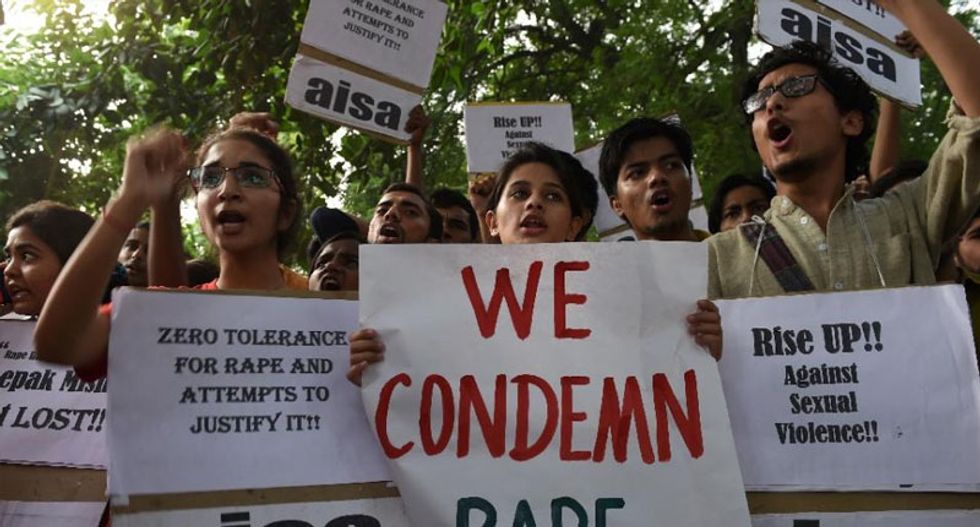 An Indian teenager held captive for two weeks by a gang of men said in an interview broadcast Sunday that she was repeatedly raped before being shot twice and dumped in a well on the outskirts of New Delhi.

The victim, reportedly aged 14, was allegedly abducted on November 22 while walking to a market in western Delhi, in the latest case of sexual violence in the Indian capital.

Speaking of her ordeal to the NDTV news network, the teenager said she was held in a "dark room" where three attackers took turns to rape her over a two-week period.

"After a fortnight of repeated abuse, one night they said they will let me go. They put me in the car and drove to a store to buy alcohol and then parked the car near a well," the girl said in the interview.

"They told me they will let me go but as I took a few steps back, they fired two shots. The first bullet hit my bone. I didn't feel a thing, my body just went numb. But after the second one I fainted."

She woke shivering and wet inside the well where she said she had been left for dead.

"When I regained consciousness... I could see a bullet in my chest, so I just yanked it out," she said, showing a wound on her chest.

Nearby villagers pulled her out on December 6 after hearing her screams, before she was rushed to hospital.

Several men have been arrested over the attack, according to local media reports.

"I want the rapists to be hanged. No one should go through what I did," she said.

The fatal gang-rape of a student on a bus in Delhi in 2012 shone a global spotlight on frightening levels of violence against women.

It also led to major reform of India's rape laws including speeding up of trials and increasing penalties for offenders, but high numbers of assaults persist.