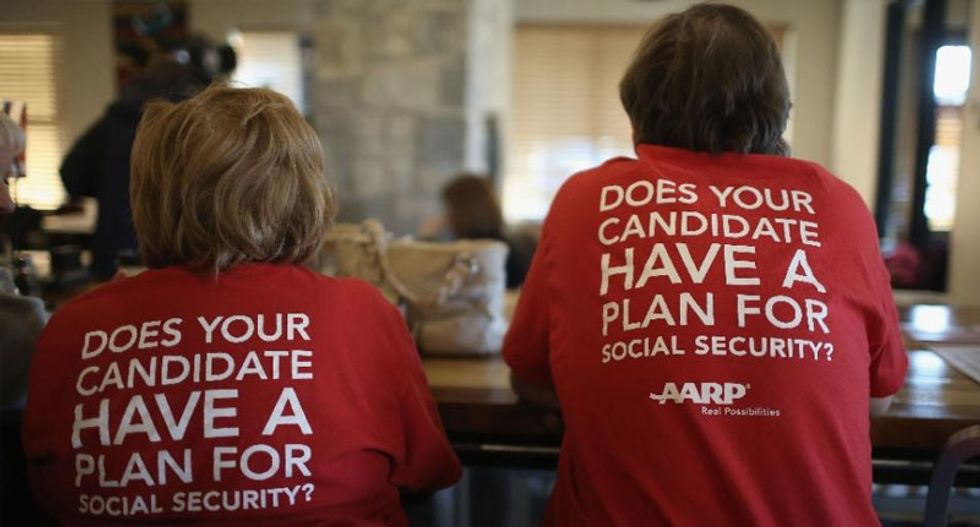 While political fortunes can be made in Iowa, which is located on the plains between the Missouri and Mississippi rivers, the state is not always a harbinger of election success (AFP Photo/Christopher Furlong)

Voters take a first stab at electing Democratic and Republican nominees on Monday in Iowa -- a state with a patchy record of picking the eventual US president but which can easily recast the race.

Iowa was so central to Barack Obama's path to the presidency that his 2008 campaign manager David Plouffe once summed up his whole strategy as "win Iowa, or else."

Without Iowa, there would be no President Obama -- his win over John Edwards and Hillary Clinton in the first-in-the-nation race in 2008 catapulted the gangly junior Illinois senator into the national and international spotlight.

It was on a frigid 2007 winter day in Des Moines that Obama launched his campaign and Iowa is the state where, five years later, he held his final rally for re-election.

Obama's victory echoed that of Jimmy Carter, who came from nowhere to win the most votes of any candidate in the 1976 Democratic caucus.

"He was 'Jimmy Who?' and it took Iowa for him to introduce himself and become a well-known person," said Steffen Schmidt, a politics professor at Iowa State University.

"It seemed very unlikely at the time that he was going to go anywhere especially because there were very well-known Democrats."

Carter reveled in Iowa's brand of retail politics, visiting diners, shaking hands and campaigning in living rooms across the state.

"He worked very hard, he went everywhere in the state, he brought his family and he was very likable," Schmidt said.

While political fortunes can be made in the state -- which is located on the plains between the Missouri and Mississippi rivers -- Iowa is not always a harbinger of election success.

That is particularly true on the Republican side, where caucus goers come disproportionately from the conservative wing of the party.

In four decades George W. Bush is the only Republican winner in a competitive Iowa race to go on to win the White House.

What Iowa is better at is winnowing the field.

Its first-in-the-nation status makes it the subject of intense media interest.

After months of imperfect polling, it comes as the first real test of campaigns and of candidates' guile and steel.

It has long been an article of faith that there are only "three tickets out of Iowa" for each party.

Place lower than gold, silver or bronze, and a candidate is very unlikely to win the party nomination.

Republican John McCain is the only member of either party to have finished below third and still win the nomination since the caucuses began in 1972.

From the progressive cities and east to the conservative north and central belt, many voters do not make up their minds until hours before election day.

On the Democratic side, both Clinton and Bernie Sanders are likely to survive a tight race and move on to New Hampshire.

"Momentum and excitement appear to be more on Sanders' side, but he may be over-reliant on a base of supporters that are not well-distributed throughout the state and a bit less likely to turn out at the level he needs," analysts Larry Sabato and Kyle Kondik wrote online.

A win for Sanders would energize his campaign even further but would also increase comparisons to George McGovern, a fellow leftist who did well in Iowa and won the 1972 nomination only to be pummeled by Richard Nixon in the general election.