Iran's return to the fold sparks business bonanza for Europe 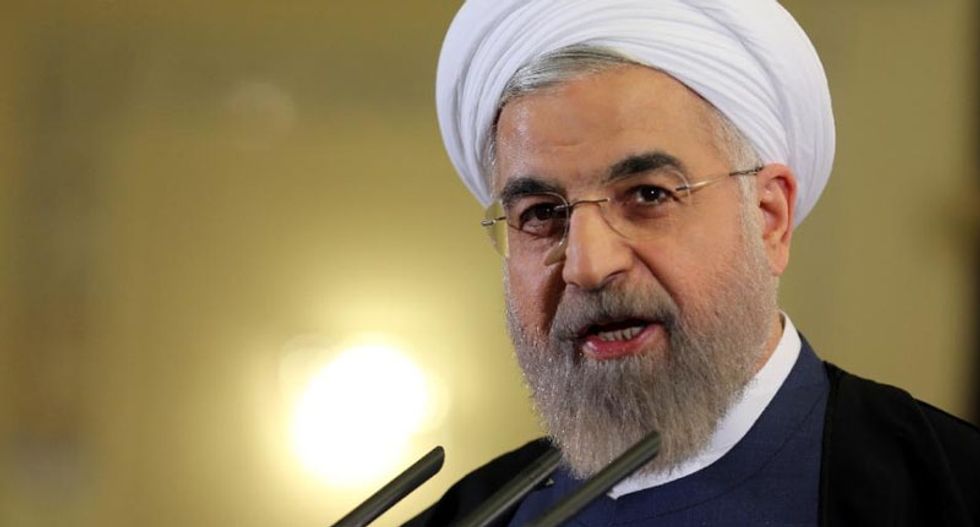 Iranian President Hassan Rouhani will on Tuesday attend an Iran-Italy business forum before meeting Pope Francis, as the Islamic Republic rebuilds ties with the West and seals multi-billion dollar deals as sanctions against it are lifted.

Italian officials said contracts signed in Rome late Monday would be worth up to 17 billion euros ($18.4 billion), topped by a five-billion-euro deal for pipeline company Saipem, whose shares surged 18.5 percent in Milan on Monday.

A major order for Airbus planes is expected to be confirmed in France on Wednesday, along with tie-ups with French carmakers Peugeot and Renault.

Rouhani said Monday he had come to Europe with an "open for business" message in his first trip overseas since Tehran's nuclear deal with the West came into force this month.

"The Iranian market offers Italian and European investors the opportunity to establish themselves in the entire region," he said.

Italian Prime Minister Matteo Renzi added: "We have signed the first accords, but we are only at the start of a long road."

Renzi said he had discussed efforts to end the war in Syria and the fight against the Islamic State group with the Iranian leader. "If we could reach agreement on the nuclear issue, we can find one on Syria. We can and we have to."

Rouhani is due at the Vatican on Tuesday where Pope Francis is expected to reiterate concerns over human rights and the death penalty in Iran, as well as asking Rouhani to help protect Christians in the Middle East.

The Iranian leader, who is accompanied by more than 100 ministers, officials and businessmen, will fly on to France Wednesday on the next leg of his first official European trip as president.

Rouhani, a 67-year-old former academic and diplomat who is seen as a pragmatist, was elected in 2013 on a pledge to end sanctions and improve relations with the West.

His trip comes a week after Tehran's deal with world powers came into force, allowing the United States and the European Union to begin lifting economic barriers brought in over Iran's nuclear programme that have long hindered its growth.

- Billions up for grabs -

"We have had friendly relations with Italy and France in the past and we want to continue our good relations with them," Rouhani told reporters before his departure on Monday from Mehrabad Airport.

He also revealed that "important contracts" were in the works with Peugeot and Renault, as European companies scramble to get back into a $400-billion economy with the world's fourth-biggest oil reserves and a consumer market of 80 million people.

National carrier Iran Air said on Sunday it would be buying 114 Airbus planes to modernise an ageing fleet that has struggled to stay in the air as a result of the impact of sanctions.

Iran's Transport Minister Abbas Akhoundi said the first Airbuses were earmarked for delivery by March and that Iran was in the market for a total of up to 500 planes.

Peugeot is tipped to forge a car assembly joint venture with Iran Khodro, reviving a partnership which generated Iranian sales of 473,000 units in its last year before the French company pulled out in 2012.

Iran's central bank governor said last week the country was counting on the nuclear deal unblocking some $50 billion worth of foreign investment.

Italian companies have been amongst the quickest off the blocks, with a major business delegation having visited Tehran in November and some 500 entrepreneurs invited to the forum Rouhani will attend on Tuesday.

Italy was formerly Iran's biggest European trading partner, but volumes have dwindled to a fifth of their former glory because of the sanctions.

National carrier Alitalia said Monday it was upgrading its Rome-Tehran service from four a week to a daily flight in anticipation of increased business and tourist travel.

But, amid the scramble for slices of the Iranian pie, rights groups fear Tehran's repression of political dissent and extensive use of the death penalty (700 executions in 2015 according to the UN) will be forgotten.