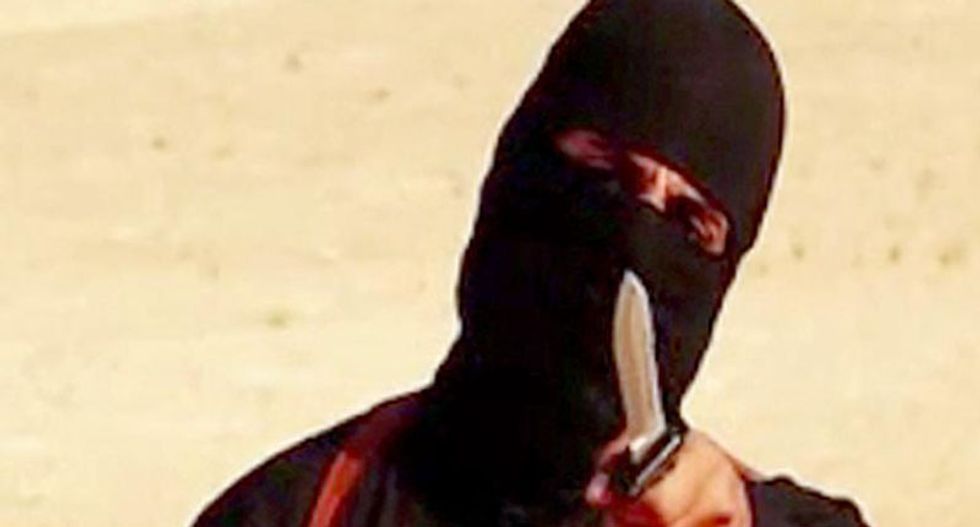 'Jihadi John', named as London man Mohammed Emwazi, was identified to the Washington Post by friends and others familiar with the case (AFP Photo/)

The Islamic State group confirmed Tuesday the death of British extremist "Jihadi John", saying he was killed in a drone strike in their Syrian stronghold of Raqa in November.

Born Mohammed Emwazi, he was known as the executioner of the jihadist group appearing masked in a string of videos showing the beheadings of Western hostages.

In its online magazine Dabiq, the group said Emwazi was killed on November 12 "as the car he was in was targeted in a strike by an unmanned drone in the city of Raqa, destroying the car and killing him instantly".

The US military had said at the time that it was "reasonably certain" he had been killed in the strike.

IS described Emwazi as a "martyr" and prayed to "Allah... to envelop him with His mercy and enter him into the highest levels of al-Firdaws (paradise)".

Dabiq devoted an article to Emwazi, describing him as an "honourable brother" known for his "mercy and generosity" who once gave away a concubine as a gift "to an unmarried injured brother". …

The world knew him as a ruthless executioner who spoke English with a British accent and he was dubbed "Jihadi John" after hostages nicknamed a group of IS guards The Beatles.

He first appeared in a video in August 2014 showing the beheading of James Foley, a 40-year-old American freelance journalist captured in Syria in 2012.

Foley is seen kneeling on the ground, dressed in an orange outfit resembling those worn by prisoners held at the US naval base at Guantanamo Bay. Emwazi is dressed entirely in black.

The Pentagon has said Emwazi participated in videos showing the murders of Foley and fellow US journalist Steven Sotloff, US aid worker Abdul-Rahman Kassig, British aid workers David Haines and Alan Henning, Japanese journalist Kenji Goto, and a number of other hostages.

Emwazi was last seen in the video showing Goto's execution in January.

On November 13, the US military said it was "reasonably certain" Emwazi, 27, was killed in a drone attack in Syria while he was being driven in a car.

He was targeted in a combined British-US operation the previous day in Raqa, de facto capital of IS in war-torn Syria.

Intelligence sources had been tracking Emwazi "for some time," Baghdad-based military spokesman Colonel Steve Warren said at the time.

"This guy was a human animal, and killing him probably makes the world a little bit better place," he added.

Britain's Prime Minister David Cameron had said if confirmed, Emwazi's death would be "a strike at the heart" of the IS group.

A London computer programmer, Emwazi was born in Kuwait to a stateless family of Iraqi origin. His parents moved to Britain in 1993 after their hopes of obtaining Kuwaiti citizenship were quashed.

Emwazi was six years old when his family moved to London. He grew up in North Kensington, a leafy middle-class area where a network of Islamist extremists was uncovered in recent years.