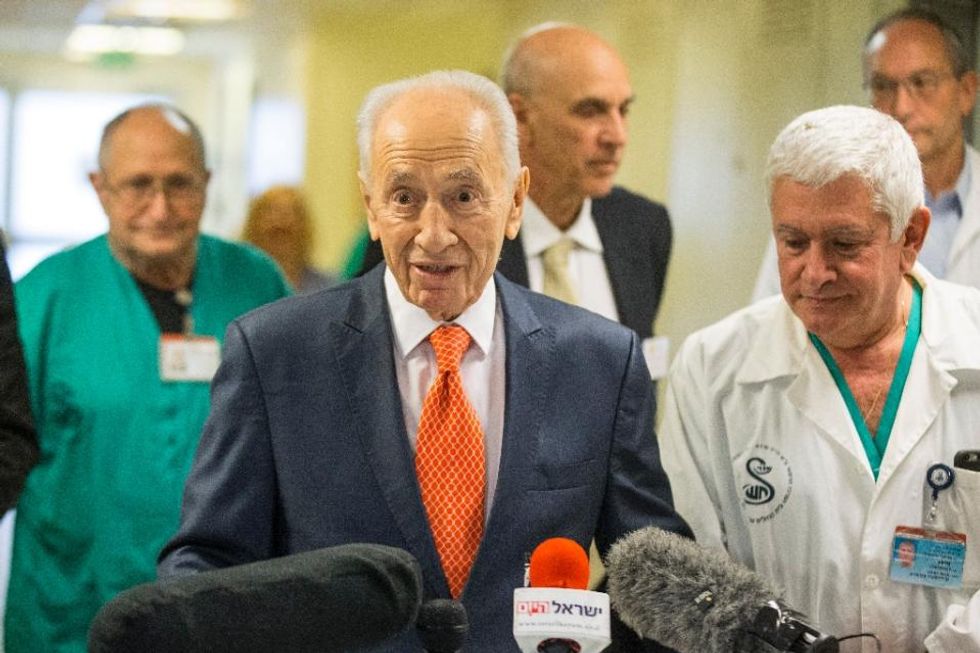 Former Israeli president and Nobel Peace Prize winner Shimon Peres was rushed to hospital on Sunday after feeling chest pains and being diagnosed with an "irregular heartbeat", a spokeswoman said.

Peres will stay overnight at a Tel Aviv hospital "for observation and testing", she said in a statement, just 10 days after the 92-year-old suffered a mild cardiac event and underwent catheterisation to widen an artery.

On Tuesday, Peres had been released from the Sheba hospital. He was forced to cancel a planned trip the following day to the World Economic Forum in Davos, where he had scheduled 15 meetings with world leaders and international officials.

Peres is the founder of the Peres Peace Centre and active in Israeli and international affairs.

A co-architect of the 1993 Oslo peace accords, he won the 1994 Nobel Peace Prize jointly with Israeli prime minister Yitzhak Rabin, who was assassinated the following year, and the then Palestinian president Yasser Arafat.

The last of Israel's founding fathers, Peres has held nearly every major office in the country, including being prime minister twice and president from 2007 to 2014.