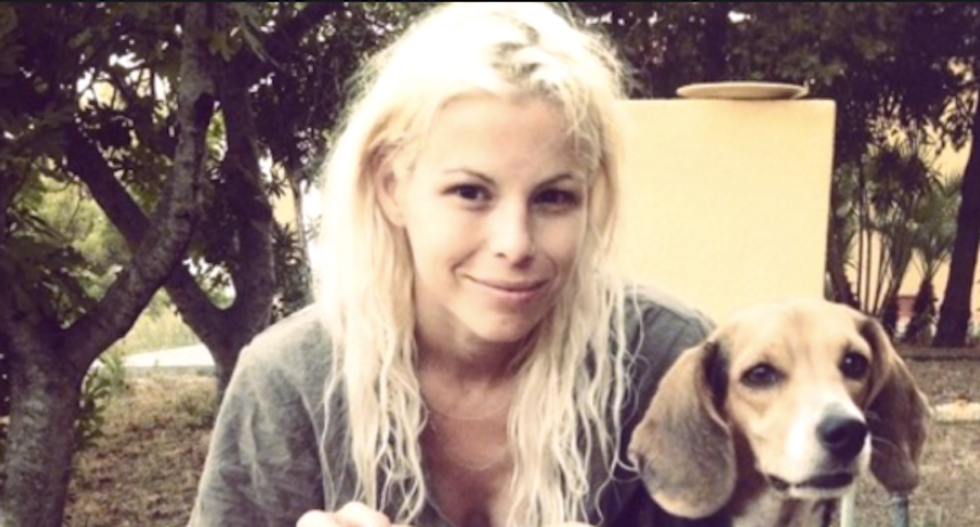 Italian police have arrested a Senegalese illegal immigrant over the murder of Ashley Olsen, a U.S. woman who was found dead in her apartment in Florence last weekend.

"We have collected very serious evidence of his guilt," Florence chief prosecutor Giuseppe Creazzo told reporters at a news conference on Thursday after the man was arrested and questioned in the early hours of the morning.

Creazzo said the man, named as Diaw Cheik Tidianee, had met the 35-year-old Olsen in a local nightclub and that the two had consensual sex in her home under the influence of alcohol and possibly drugs, before he killed her.

She was strangled in the early hours of Friday, Creazzo said, but the autopsy had revealed that she had two fractures to her skull -- injuries that would also have proved fatal.

During a long interrogation that ended at 4 a.m. local time, Tidianee had "substantially admitted" the prosecutors' reconstruction of events, Creazzo said.

Italian media said Tidianee had told police that he had not meant to kill Olsen, but that she had fallen during a row.

Creazzo did not give Tidianee's age but said he was born in 1988 and had arrived in Italy illegally a few months ago to join his brother who has been living here for some time.

Witnesses and video surveillance cameras confirmed that he and Olsen had left the Montecarla nightclub and entered her house together, Creazzo said, adding that Tidiane had taken Olsen's phone and put his own SIM card inside it.

However the "decisive evidence" had come from Tidiane's DNA which was present on a condom and a cigarette butt found in the house and which matched DNA found under Olsen's finger nails.

Olsen came from Florida and had been living in the central Italian art city of Florence for the past three years. Friends said she had moved to Italy to join her father Walter Olsen, who teaches in the city.