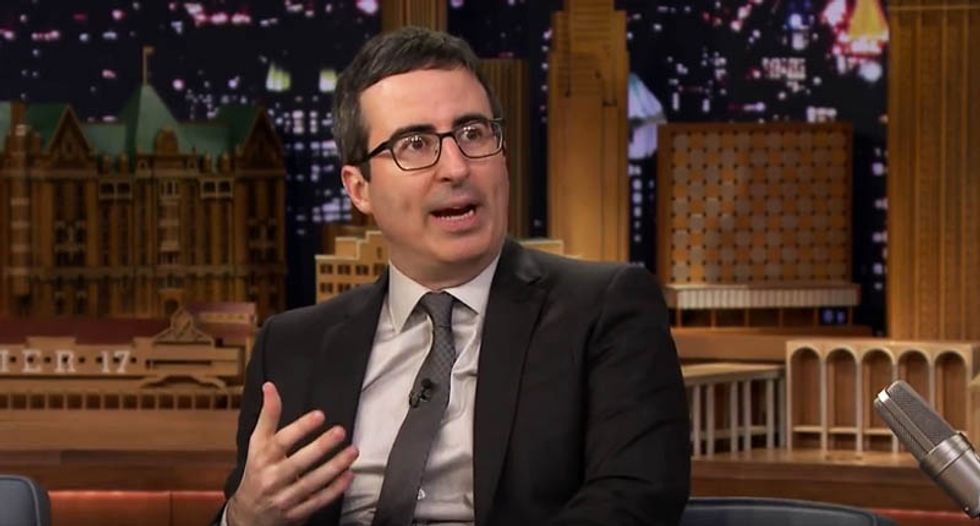 Appearing on the Tonight Show, HBO comedy host John Oliver told fellow host Jimmy Fallon how ridiculously easy it was for him to set up his own church and how it subsequently "got out of hand really fast" after collecting over $70,000 -- and a few other things he never asked for.

Last year, the Last Week Tonight host created his own church -- "Our Lady of Perpetual Exemption" -- to mock laws that allow evangelists to practice so-called "seed-based" fundraising that often goes towards paying for the pastors' lavish lifestyles.

Three weeks later Oliver shut down the church when things grew out of control.

Speaking of setting up the church, Oliver laughed and said, "It turns out that is an incredibly easy thing to do, with almost no legal consequences."

Watch Oliver on the Tonight Show below: