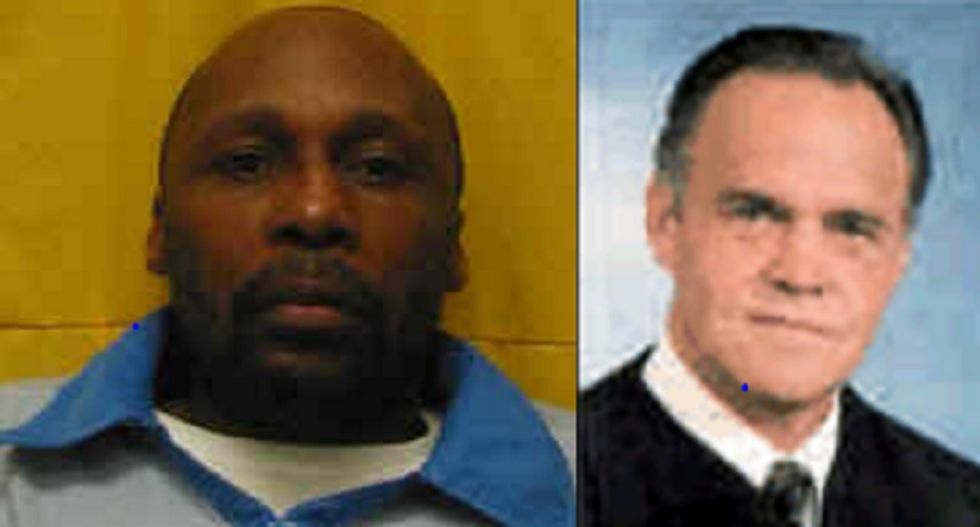 An Ohio judge thought it was humorous that an incarcerated, ill man suffering from diarrhea was forced to soil himself in front of other inmates after a corrections officer refused him access to a restroom -- or at least enough so that Judge David E. Cain dismissed the man's lawsuit with a poem.

Darek Lathan, 47, is serving 17 months for a vandalism conviction at Correctional Reception Center in Orient, outside of Columbus. He was standing in line for recreation at the prison on September 17 when he told a guard he needed the restroom. Lathan warned the guard he had a cold and diarrhea as a result of taking cold showers at the prison, the Columbus Dispatch reports.

Lathan claimed he wasn't allowed to get out of line to use a restroom, even though it was not occupied. As a result, he soiled his pants. According to the complaint, which Lathan apparently wrote himself, the accident resulted in "harassment, embarrassment, riddiculing (sic) and emotional distress."

He asked for $2 million in damages.

Cain has been on the bench for 30 years and said he has three years to go before he has to retire.

“If there’s anything I want to do, I better get about doing it," he told the Dispatch. "I just wanted to have some fun.”

The Dispatch posted Cain's poem in its entirety:

Or so the plaintiff claims

Is whom the plaintiff blames.

While in line for recreation

And little time for hesitation

It made the inmates laugh and play

To see the plaintiff’s pants this way

Claiming loss and shame to boot

The plaintiff filed the present suit

But the law provideth no relief

From such unmitigated grief.

Neither runs nor constipation

Can justify this litigation

Whether bowels constrict or flex