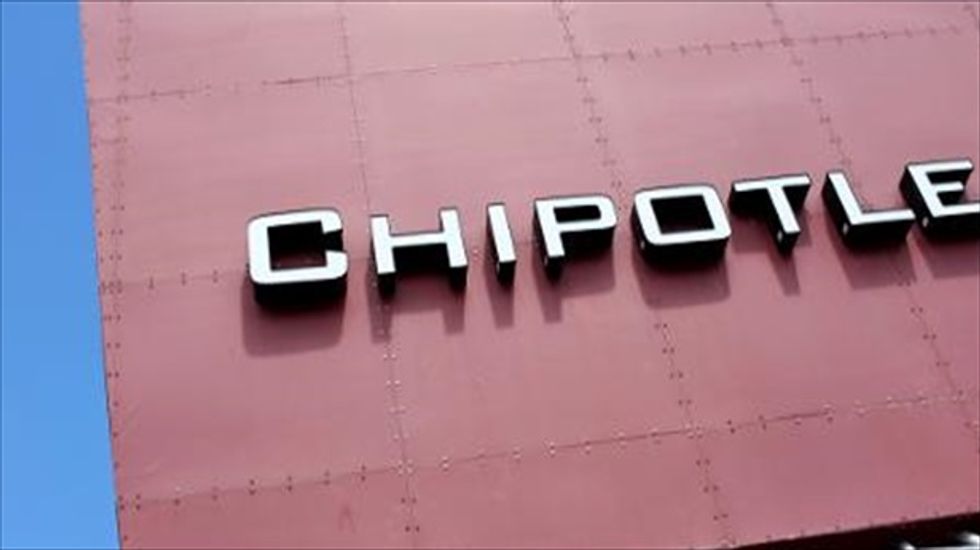 The U.S. Justice Department's consumer protection unit is looking into a norovirus outbreak at a Chipotle restaurant in California, in a sign that a recent probe launched by federal prosecutors in California is getting attention at Washington headquarters.

Chipotle Mexican Grill has been under increasing scrutiny in the wake of a series of foodborne illnesses that have led to a decline in its shares and a projected plunge in its fourth-quarter same-store sales.

Chipotle disclosed on Wednesday that the U.S. Attorney's Office for the Central District of California had served the company with a grand jury subpoena in December as part of a criminal investigation by that office and the Food and Drug Administration.

Officials in the Justice Department's Consumer Protection Branch contacted Los Angeles federal prosecutors to discuss the early stage inquiry on Thursday, according to people familiar with the matter.

While officials in the Justice Department's headquarters in Washington often work with regional prosecutors, their interest in the Chipotle matter underscores the federal government's stepped-up enforcement of food safety laws in recent years.

Prominent prosecutions include a 2015 case in which a subsidiary of ConAgra Foods Inc agreed to plead guilty and pay $11.2 million in connection with shipping peanut butter tainted with salmonella.

In September, the former head of the Peanut Corporation of America was sentenced to 28 years in prison for his role in a salmonella outbreak that killed nine people.

The subpoena over the Chipotle outbreak requires the company to hand over documents in connection with an August 2015 outbreak of norovirus at one of its restaurants in Simi Valley, which sickened more than 200 people.

One of the sources, who asked not to be named because the probe is not public, said investigators at this point are only looking at the Simi Valley outbreak and that it is unclear where the inquiry will lead.

A spokesman for Chipotle said the company plans to cooperate with the investigation as it moves forward.

Chipotle has come under fire for a rash of recent outbreaks of foodborne illnesses at its restaurants across several states, involving E. coli, salmonella and norovirus.

The incidents prompted the Los Angeles Department of Public Health to preemptively review its inspection records for local Chipotle restaurants, even though there have been no outbreaks there.

The county also plans to call a meeting with Chipotle representatives to discuss food safety.

"I suspect we'll find conditions that, in view of everything that's happening around the country, warrant us calling Chipotle in and reviewing our violation history with them,” said Angelo Bellomo, the Deputy Director of Health Protection.

"We don't wait,” he added. “We really shouldn't be waiting for foodborne illnesses or outbreaks to take action."

Lawyers have said a federal investigation of the Chipotle outbreak is highly unusual, because past prosecutions involving foodborne illnesses have focused on food producers who were the original source of the problems such as farmers or food manufacturers, not the restaurants or stores that sold the products.

They say the most likely legal tool that prosecutors could invoke is the federal Food, Drug and Cosmetic Act, which gives the Justice Department both criminal and civil powers to bring charges.

Under that law, a company or individual can face felony or misdemeanor charges if "adulterated" food that is harmful to human health or is prepared in unsanitary conditions is introduced across state lines.

For it to be a felony, prosecutors must prove there was an intent to defraud or mislead.

Experts say it remains unclear if the law could apply to Chipotle because the investigation so far is focused on just one restaurant location, and the outbreak involves norovirus- an illness that is easily transferred from person-to-person contact and may not be tied to an "adulterated" food.

Reuters could not determine what legal theories prosecutors may be pursuing in the investigation.

A Justice Department official declined to comment about Chipotle when asked by Reuters earlier this week.

The unit within the U.S. Attorney's Los Angeles office that is leading the charge is a branch that specializes in environmental and community safety crimes.

The head of the unit, Joseph Johns, has a track record for working on health and environmental crimes, including a 1998 case against juice maker Odwalla, which pleaded guilty and was fined $1.5 million in connection with an E. Coli outbreak that killed one person and sickened dozens.