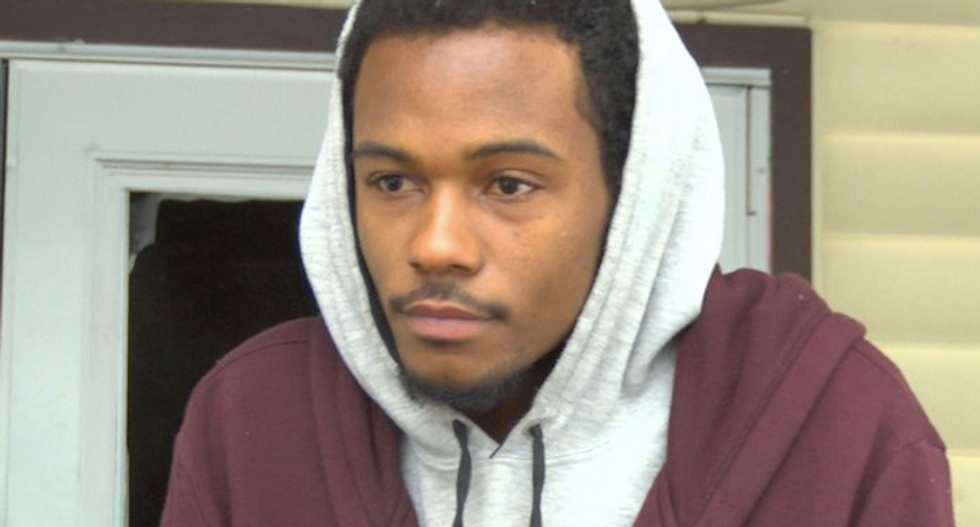 A Kentucky man says "slippery fingers" caused him to fumble a handgun and accidentally shoot his neighbor's son.

Elgin Anders Jr. said he was grilling food Saturday night when he became fixated on the handgun in his pocket and pulled it out, reported WAVE-TV.

"I should've just kept it in my pocket, but it was hanging in my pocket and I was like, 'Man, I need to get it out my pocket,'” the Jeffersonville man said. “I was about to put it where I put it at, and it slipped -- and pow!"

A single shot struck his neighbor's 8-year-old son, who was standing nearby when the gun accidentally fired.

Relatives said the boy's mother was sleeping at the time of the shooting.

Anders said he panicked and drove the boy to the hospital instead of calling 911 for help.

"It was a shocking moment, it was a real shocking moment,” Anders said. “We didn't really know what to do, so we took him ourselves. I'm holding him in my chest, squeezing the wound. So far, I’d seen the wound in his arm. Early (Sunday) morning, they told me it came out his chest, but we didn't know nothing about it.”

Relatives said they're suspicious of Anders' account of the shooting, particularly because he took the second-grader to the hospital himself.

The shooting remains under investigation, but Anders said it was a "huge accident."

"He's a young child,” said Anders, who is the father of a young child himself. “Nobody wants to see anyone that young die.”