Man arrested in Disneyland Paris hotel with two handguns and a Koran: police 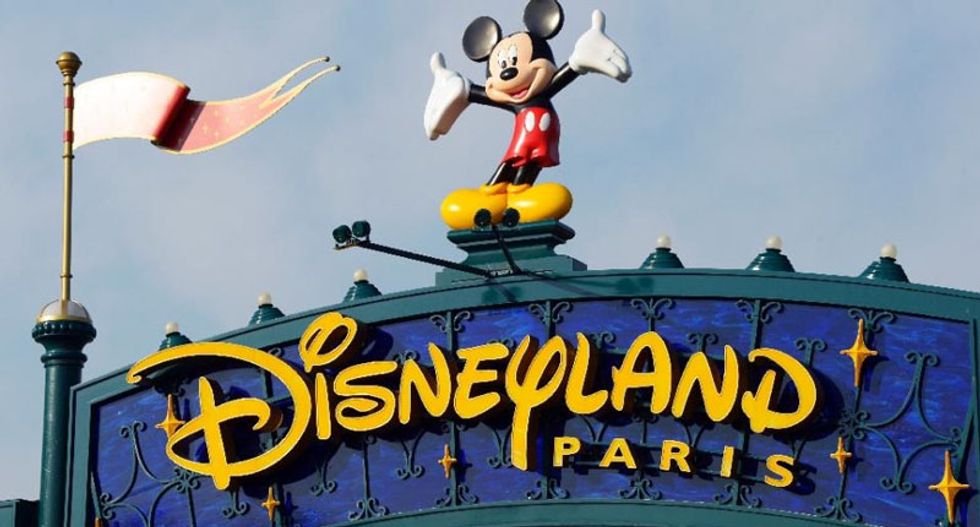 A man carrying two handguns, ammunition and a Koran was arrested Thursday at a hotel in Disneyland Paris, and his girlfriend was also held, police sources said.

The man was "detected upon his arrival at the Disneyland hotel where he had a reservation. Hotel security found two handguns, a Koran and ammunition on him", said the source.

A separate police source said that the metal detector had rung out as the man passed through.

Police were called and arrested the suspect while they secured his vehicle.

They then tracked down his girlfriend in the Paris region who was also taken into custody.

Papers found on the suspect indicated that he lived in Paris, however no further details were available about him.

A police source said initial elements of the investigation did not point to terrorism, and that the man had said he was carrying the guns because he feared for his safety.

Disneyland Paris is situated about 30 kilometres (18 miles) east of the French capital and is the most visited theme park in Europe, with some 10 million visitors in 2014, according to that year's Global Attractions Attendance Report.

The bloodshed was the second major attack in France within a year, as the country has become a prime target for the jihadist group operating out of Iraq and Syria.

In January 2015, three days of terror gripped Paris as a series of attacks left 17 people dead, including an attack on the satirical newspaper Charlie Hebdo.

France imposed a three-month state of emergency after the November attacks, which President Francois Hollande hopes to extend for another three months, despite fierce opposition from rights activists.

Democrats won't be rallying voters with claims they can flip control of the Texas Legislature in the general election a year from now.

The redistricting maps nearing approval in the current special legislative session make that a near impossibility.

Reuters
Five members of the U.S. House Judiciary committee wrote to Amazon.com Inc's chief executive Sunday, and accused the company's top executives, including founder Jeff Bezos, of either misleading Congress or possibly lying to it about Amazon's business practices.

The letter also states that the committee is considering "whether a referral of this matter to the Department of Justice for criminal investigation is appropriate."

Addressed to Amazon CEO Andy Jassy, the letter followed a Reuters investigation last week that showed that the company had conducted a systematic campaign of copying products and rigging search results in India to boost sales of its own brands - practices Amazon has denied engaging in. Jassy, a longtime Amazon executive, succeeded Bezos in July.

Colin Powell dead at 84 due to complications from COVID-19: report

On Monday, CNN reported that Colin Powell, the first Black Secretary of State, has died at 84 due to complications from COVID-19.

"General Colin L. Powell, former U.S. Secretary of State and Chairman of the Joint Chiefs of Staff, passed away this morning due to complications from Covid 19," confirmed Powell's family in a Facebook post. "We have lost a remarkable and loving husband, father, grandfather and a great American."