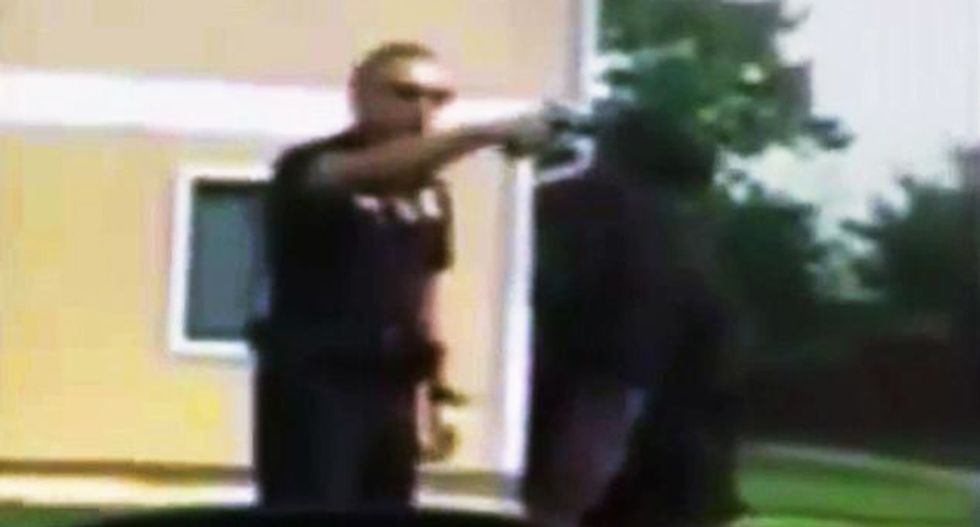 A Maryland police officer has been sentenced to five years imprisonment for putting his gun to a man's head and mouth during a 2014 incident that was caught on cellphone video, a television station reported.

Prince George's County Police Officer Jenchesky Santiago was sentenced on Friday following his conviction in December of misconduct in office, first- and second-degree assault and use of a handgun during a crime of violence, the NBC affiliate in Washington D.C. reported.

Court and police officials could not immediately be reached to confirm the report.

According to the NBC report, Santiago confronted William Cunningham and his cousin in May 2014 as they were sitting in a car parked in front of Cunningham's home and asked why they were there.

Cellphone video that captured the incident showed Santiago pointing his service weapon at Cunningham's head and saying "I dare you to fucking fight me, son," NBC said.

No one was hurt during the incident, which led to Santiago's suspension without pay.

(Reporting by Brendan O'Brien in Milwaukee; Editing by Helen Popper)