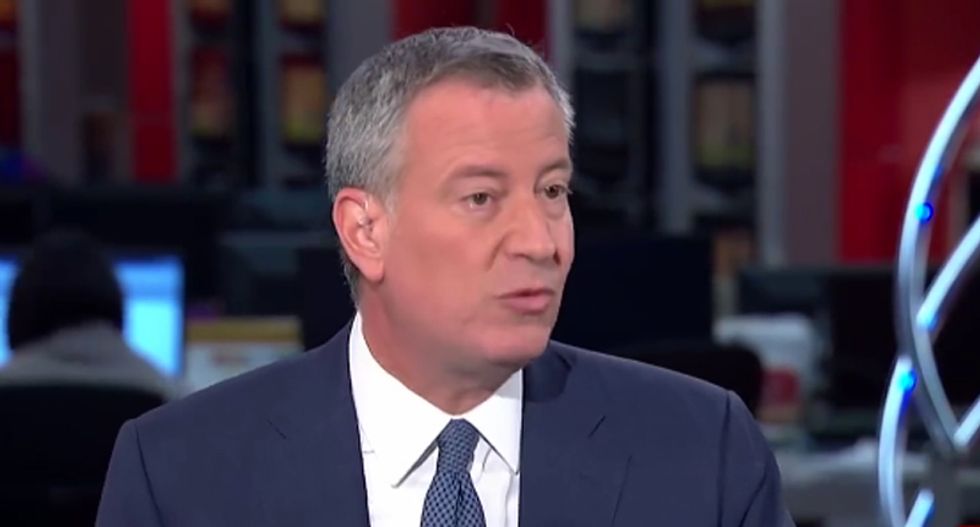 New York Mayor Bill de Blasio on Sunday denounced the rape of a woman by five men at a Brooklyn playground, pledging police would work to swiftly apprehend the suspects in "this vicious crime."

Police said on Saturday the men took turns raping the 18-year-old woman at the playground operated by the New York City Parks Department in the Brownsville section of Brooklyn just after 9 p.m. on Thursday. One man pointed a gun at the father and told him to leave, police said.

After the father left, the men each assaulted the woman, police said. They fled when her father returned a short while later, accompanied by two officers.

The woman was treated at a hospital and released, police said.

Police released surveillance video taken in a nearby bodega that they said showed the five suspects before the attack. The video depicts a group of black men in jackets and sweatshirts talking and laughing inside the store.

Police asked for the public's help in identifying the suspects.

"We will take every step possible to find and swiftly prosecute the assailants of this vicious crime," de Blasio said in a statement. "Every New Yorker in every neighborhood deserves to feel safe and protected, and we will not stop until the perpetrators of this disturbing attack are held accountable for their actions."

De Blasio and his police commissioner, Bill Bratton, have faced criticism over the perception that major crime is rising in America's most populous city.

Major crimes reported dropped 1.7 percent last year and by 5.8 percent since de Blasio took office two years ago. But some categories have increased, according to a report issued earlier this month. Rapes were up 6.3 percent last year.