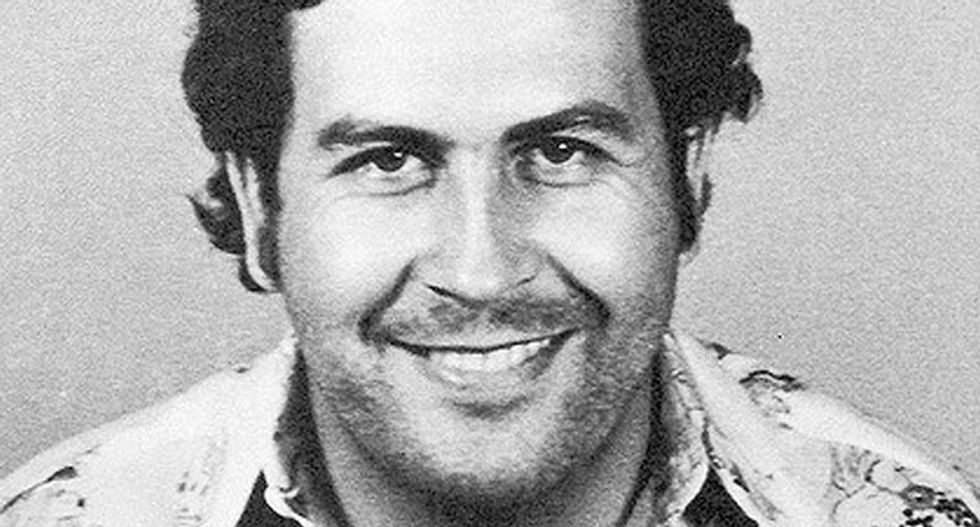 A safe buried under a $10 million Miami Beach mansion previously owned by late Colombian drug lord Pablo Escobar has disappeared and police are investigating it as theft, the new owners said Tuesday.

The new proprietors made the find as they demolished the striking, pink-colored mansion, which has its own pier and overlooks Biscayne Bay and the Miami skyline.

"It was in the ground under some marble and was discovered by some of our workers, but before we even had a chance to remove it, it was stolen, so we've been working with the police on that," Jennifer Valoppi told reporters.

She and husband Christian de Berdouare, who bought the property in 2014, hired a team of workers to seek money, drugs or jewelry that may have been hidden in the walls or floors -- a common practice by Escobar in his homes.

"It is part of the city's history, a dark chapter that is coming to an end today," Berdouare added, referring to the demolition of the mansion.

The owners said that Escobar, the late Medellin cartel boss, had sometimes visited the house but did not live there permanently.

The notorious Escobar, who was killed on December 2, 1993 in Colombia's Medellin by security personnel, acquired the mansion in 1980 but it was seized in 1987 by US authorities.